US pop star Britney Spears has spoken out against her conservatorship at a hearing in Los Angeles. 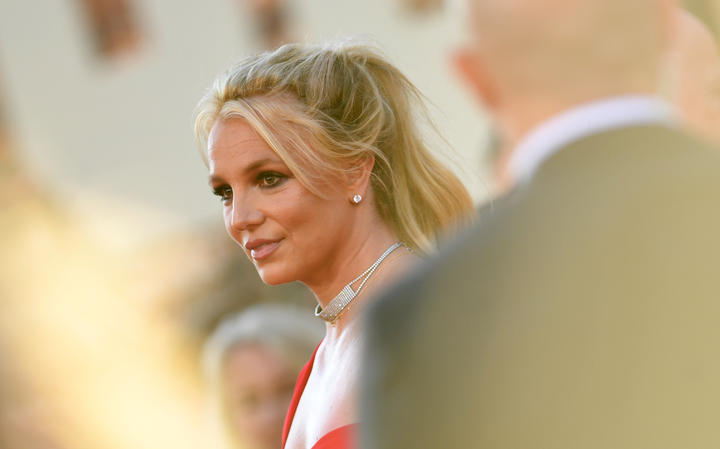 Britney Spears arrives at a film premiere in 2019. Photo: AFP or licensors

In a rare public testimony, the singer told a court her father controlled her "100,000% and he loved it".

"I am traumatised," she said, speaking remotely. "I just want my life back."

Jamie Spears was granted control over his daughter's personal and business affairs in a court-ordered conservatorship in 2008.

The order was originally granted after the star was hospitalised amid concerns over her mental health.

There has been speculation for years about how Spears, 39, felt about the arrangement, with fans eagerly combing her social media output for clues.

"I want to end this conservatorship without being evaluated," she told the court, calling it "abusive".

Spears said she wants to marry her boyfriend and have a baby, but the conservatorship will not allow her to.

Jamie Spears' lawyer says he has done a good job of managing his daughter's finances.

They told reporters in February: "Jamie Spears has diligently and professionally carried out his duties as one of Britney's conservators, and his love for his daughter and dedication to protecting her is clearly apparent to the court."

Dozens of fans from the so-called #FreeBritney movement gathered outside the court before the hearing, holding signs reading "Free Britney now!" and "Get out of Britney's life!"

"I'm here for her to have her rights and her freedom again," one protester, Sage Gerwig, told the BBC. 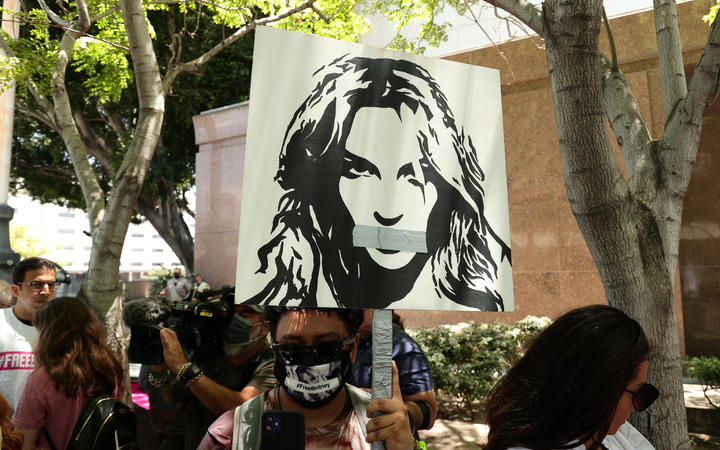 What is the conservatorship?

A conservatorship is granted by a court for individuals who are unable to make their own decisions, like those with dementia or other mental illnesses.

Spears' conservatorship is split into two parts - one is for her estate and financial affairs, the other is for her as a person.

Under this legal agreement, Spears has not controlled her finances since 2008. That's around the time she began to behave erratically amid her divorce from Kevin Federline and a custody battle over their two children.

The star made headlines in a series of public incidents, including shaving her head, and she was twice admitted to hospital.

He stepped down temporarily as his daughter's personal conservator in 2019 because of health reasons - a move the pop star has requested to be made permanent.

What is the #FreeBritney campaign?

The hashtag originates from a fan site that disagreed with the conservatorship agreement in 2009, according to the New York Times.

Campaigners believe she has been forced to stay under the arrangement. They regularly demonstrate outside court hearings and have gathered again outside the courthouse in Los Angeles on Wednesday. 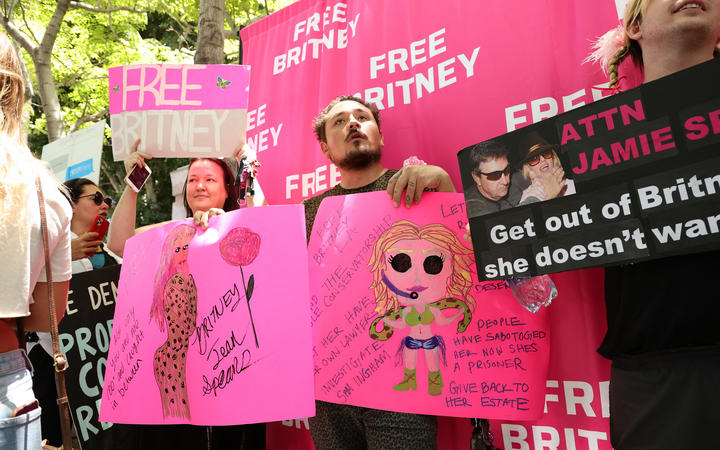 They have even asked the White House to end her conservatorship, submitting petitions with tens of thousands of signatures.

After Spears abruptly cancelled a Las Vegas residency and checked into a mental health centre in 2019 citing emotional distress from her father's illness, the campaign gained renewed prominence.

A number of celebrities have also expressed support for the campaign, including Paris Hilton, Bette Midler and Miley Cyrus.

Why is this hearing so highly anticipated?

Both the #FreeBritney movement and the recent release of a New York Times documentary about the singer have renewed public interest.

But the pop star has not publicly commented much on the conservatorship battle, although members of her own family have spoken out against the order.

Court records from 2019, the last time she spoke in court, have never been made public. Spears' online persona has often been very upbeat and she has steered clear of the case.

But the New York Times this week said it obtained confidential court documents that showed the signer has opposed the restrictions since 2014.

Why is she speaking now?

In April, the pop star asked to address the court through her court-appointed attorney.

She has previously indicated through lawyers that she no longer wants her father to be involved in handling her career.

Her lawyer told the judge that Spears was "afraid of her father" and would not return to the stage while he retained control.

She is seeking to permanently install Jodi Montgomery, a care professional, as her personal conservator instead of reinstating her father.