A pig that became famous in China after surviving 36 days under rubble from a powerful earthquake in 2008, has died. 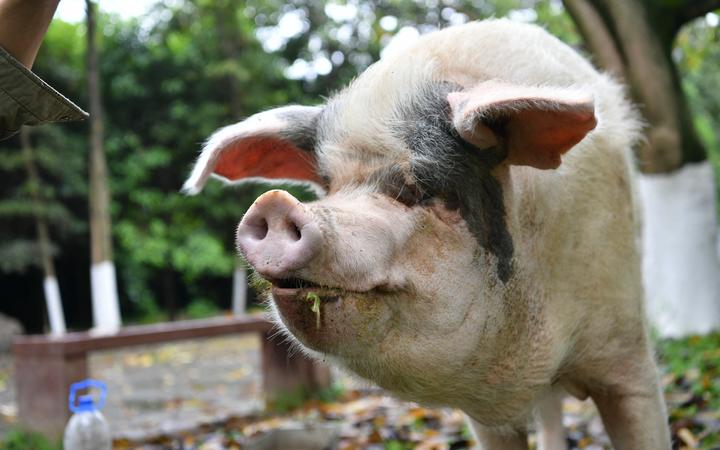 "Strong-Willed Pig" was seen at the time of its rescue as a symbol of hope. Photo: AFP

Zhu Jianqiang, or "Strong-Willed Pig", died on Wednesday night of "old age and exhaustion", according to the museum in China's Sichuan province where the animal resided.

At the time of its rescue, it was seen as a symbol of hope and resilience.

Millions of people have taken to social media site Weibo to remember the pig and pay tribute to its long life.

The Sichuan Museum of Jianchuan said Zhu Jianqiang had died at the age of 14.

After the earthquake stuck, Zhu Jiangqiang was stuck under rubble and survived on a bag of charcoal and rainwater.

Rescuers said the pig was so thin it looked more like a goat by the time they pulled it free. It is said to have suffered severe trauma from being trapped.

It was bought by a museum in the city of Chengdu and put on display as a tourist attraction. The museum warned earlier this year that the animal did not have long left.

Following news of the pig's death, people took to social media to pay their respects. The hashtag "Strong-Willed Pig has died" has had 430 million views on Weibo.

"Thank you for interpreting the greatness of life with your own strength," one user said.

"RIP you are the miracle of life and the symbol of strength," another wrote.