Britain and Australia announced a free trade deal the British government hailed as an important step in building new trade relationships following its departure from the European Union. 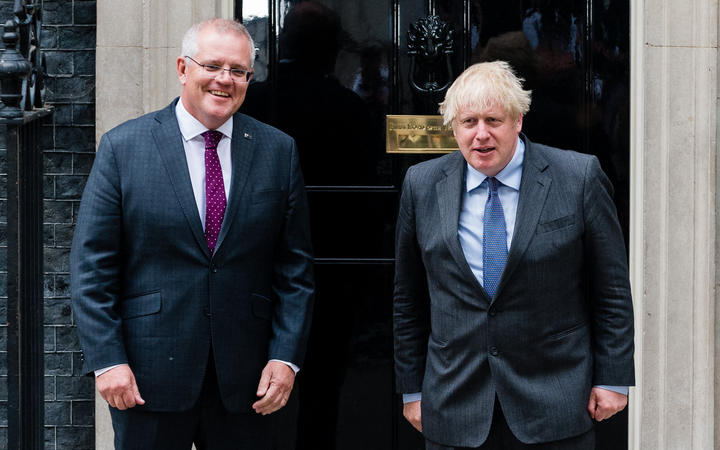 Britain said cars, Scotch whisky and confectionery would be cheaper to sell in Australia because of the agreement, which removes tariffs and reduces red tape. Australia said it was a "great win" for Australian agriculture.

The deal is the first bilateral trade accord Britain has negotiated from scratch since leaving the EU last year. The government sees it as an important piece of its post-Brexit strategy to shift Britain's economic centre away from Europe and seek new opportunities in higher-growth Indo-Pacific nations.

Australian Prime Minister Scott Morrison and Johnson overcame sticking points during talks after the Group of Seven advanced economies met in Britain at the weekend. Morrison attended the summit as a guest.

"I think this is important economically, there's no question about that ... but I think it's more important politically and symbolically," Johnson said. "We're opening up to each other and this is the prelude to a general campaign of opening up around the world."

Britain is Australia's eighth-largest trading partner and Australia is Britain's 20th largest, with two-way trade worth $A26.9 billion.

"This is the most comprehensive and ambitious agreement that Australia has concluded," Morrison said.

Prior to Britain joining the then European common market in 1973, Britain was Australia's most lucrative trading market.

The full agreement is yet to be published. According to British official estimates, it could add 500 million pounds to the country's economic output over the long term, a small fraction for an economy worth around 2 trillion pounds.

The bigger economic prize could be the precedent the deal sets for freer access in trade that allows Britain's services sector to export financial, legal and other professional services.

"It is a fundamentally liberalising agreement that removes tariffs on all British goods, opens new opportunities for our services providers and tech firms, and makes it easier for our people to travel and work together," British trade minister Liz Truss said.

Britain has applied to join a trans-Pacific trading bloc, of which Australia is also a member, that includes other countries where minister predict demand for digital, legal and professional services will grow rapidly.

That deal, Comprehensive and Progressive Agreement for Trans-Pacific Partnership, is also seen as important economic counterweight to China's influence in the region.

The deal with Australia will be scrutinised by British farmers, who fear they could be forced out of business if the deal eliminates tariffs on lamb and beef imports.

Britain said its farmers would be protected by a cap on tariff-free imports for 15 years.

"Overall, this is going to be a great win for Australian agriculture," Littleproud told 4BC Radio.

Britain's National Farmers' Union said it would need to see the details of safeguards and how they could be deployed if the British market became flooded with Australian produce.

"The ultimate test of this trade deal will be whether it contributes to moving farming across the world onto a more sustainable footing, or whether it instead undermines UK farming and merely exports the environmental and animal welfare impact of the food we eat," NFU President Minette Batters said.