China says radiation levels around the Taishan nuclear project in the southeastern province of Guangdong remained normal, following media reports of a leak at one of its reactors. 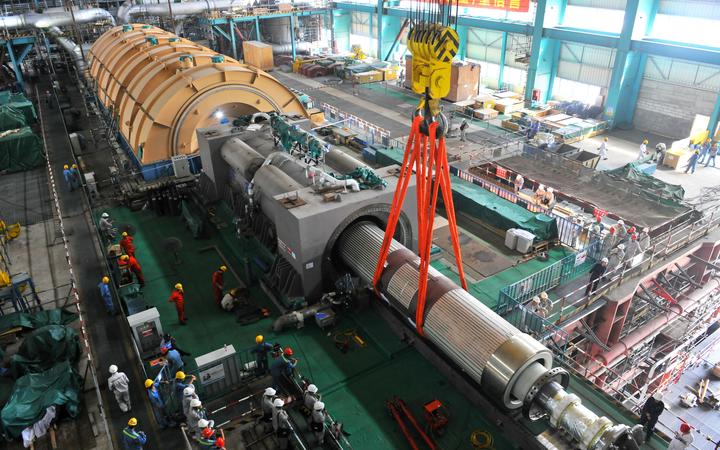 French utility EDF, one of the project's owners, said on Monday that it was investigating media reports that abnormal levels of radioactive gas had leaked from the plant.

CNN had reported that Framatome, the EDF unit that designed Taishan's reactors, was warning of an "imminent radiological threat" at the project following a build-up of krypton and xenon.

China Foreign Ministry spokesperson Zhao Lijian told a news briefing that the plant was fully compliant with all requirements and there were no signs of abnormalities in its vicinity.

"So far China's nuclear power plants have maintained a good operating record, with no incidents affecting the environment and public health," Zhao said.

EDF said on Monday that the problem at the plant could have been caused by fuel rods supplied by Framatome.

"Under normal operating conditions it is true some gases like krypton and xenon will escape and be detected but in this case the concentrations are much higher, so something is happening," said Tatsujiro Suzuki, a former vice-chairman of the Japan Atomic Energy Commission.

"Once radioactive gas is leaking to the environment it is a serious issue. It could get worse. I think there could be problems with the fuel. It is unusual."

The Taishan project, completed in 2019, consists of two French-designed reactors, and is located about 200km from Hong Kong.

Earlier, Hong Kong chief executive Carrie Lam told reporters that the Hong Kong Observatory and the Water Supplies Department have been monitoring radiation levels and have so far not detected anything abnormal.

"Because nuclear power plants, once built and in operation, are under very strict control and local areas are excluded from further development, background radiation levels around them can often be lower than historical levels," he said.