Apple device users will now be able to see when individual apps request to access features such as the microphone, camera and phone gallery, plus which third parties they have connected with in the last seven days. 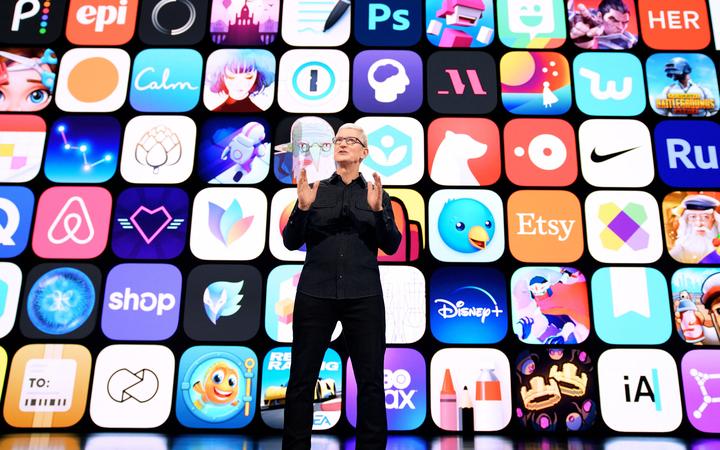 Apple chief executive Tim Cook in front of a montage of apps while he was opening the WWDC event in Cupertino, California. Photo: AFP / Apple Inc

Apple has prioritised privacy lately, including a war on ad-tracking.

No new hardware was announced at the event, despite earlier speculation.

Users can see how permissions are used

The new privacy report goes further than Apple's existing "nutrition labels" which show users what kinds of permissions apps ask for, before they are installed.

It will allow users to dive deep into when exactly an app used the permissions it has been given - and what third-party websites it contacted or sent data to.

"Apple continues to double down on privacy," said Thomas Husson, an analyst at Forrester.

"In this area, no doubt Apple is leading the pack and setting the tone for the rest of the industry."

However a previous move by the tech giant to offer its customers a choice over whether to accept tracking for the purposes of advertising was criticised by a number of firms, including Facebook and other free-to-use services, for which ad tracking is a rich source of revenue.

The firm also showed off a raft of updates to its Facetime video calling platform, some of which appear to compete with apps such as Zoom which exploded in popularity during the pandemic.

They include a gallery mode to view multiple speakers, a portrait mode with blurred backgrounds, and the ability to schedule Facetime calls and create web links.

This will also enable Android and Windows PC users to join calls, Apple's senior vice president of software engineering Craig Federighi said. Until now, the platform has only worked between Apple devices.

"Apple risked being left behind services such as Teams and Zoom - but browser-based calling won't be enough to close the gap." 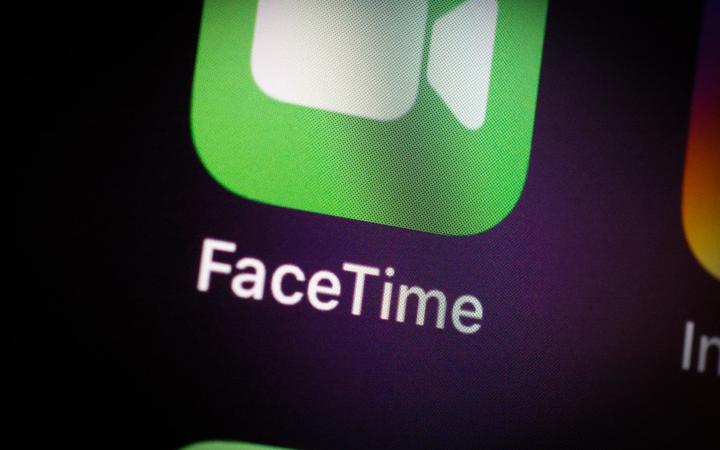 Apple has announced updates to its Facetime video calling platform so that it can close the gap on its rivals, such as Teams and Zoom. Photo: AFP

Car firm BMW and hotel chain Hyatt will be among the first to offer the keys - and it will also be available for homes.

The collaboration with BMW was initially announced at WWDC 2020 but has yet to actually launch.

Apple also announced Live Text, which is able to scan a user's library of photos for text that can be made searchable and copied and pasted between apps - for example, a phone number from a business card or menu.

The health app can now track walking steadiness and issue alerts if a user appears less steady, along with exercise suggestions as to how it might be improved.

Apple also enabled health app data sharing with doctors and between family members, but only with the health app user's consent. The encrypted data is not visible to the tech giant, it stressed.