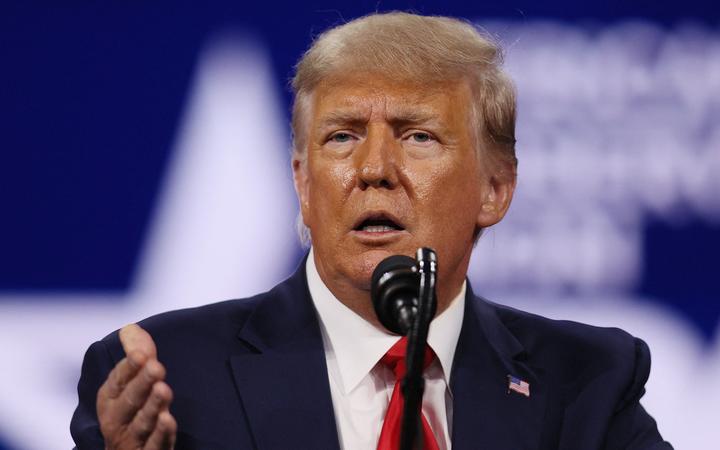 The launch comes a day before a decision from Facebook's oversight board on whether to uphold Trump's indefinite suspension from the platform. Trump was barred due to concerns of further violent unrest following the deadly 6 January storming of the US Capitol by his supporters.

Trump, who left office on 20 January, has falsely claimed he lost last year's election to Democrat Joe Biden because of widespread voter fraud.

Posts on the site also denigrated fellow Republicans who have been critical of him like Senator Mitt Romney and Representative Liz Cheney.

Twitter and Facebook have both removed content posted from other accounts that they said tried to circumvent their bans on Trump. The companies did not immediately respond to requests for comment on how they would treat posts shared from the new space.

The site, which was first reported by Fox News, is dubbed "From the Desk of Donald J. Trump" and contains short posts from Trump that can be liked.

Trump's senior adviser, Jason Miller, told Fox News in March that the former president, who was banned from a slew of sites after the riot, had plans to launch his own social media site. It is not clear if this is the same platform.

Trump representatives did not immediately respond to requests for comment.

The former president has also been sending out short, emailed press releases.

Twitter has said its ban on Trump is permanent, even if he runs for office again. Alphabet's YouTube has said it will restore Trump's channel when it decides the risk of violence has decreased.

Meanwhile, Republicans in the US House of Representatives are expected to try to remove Liz Cheney from their party leadership for denouncing Trump's false claim the election was stolen from him, two Republican congressional sources said.

One of the sources said they could vote as early as 12 May, their next scheduled meeting after a two-week break.

The No 3 House Republican and the 54-year-old daughter of former Vice President Dick Cheney, she survived a similar rebellion early in the year. 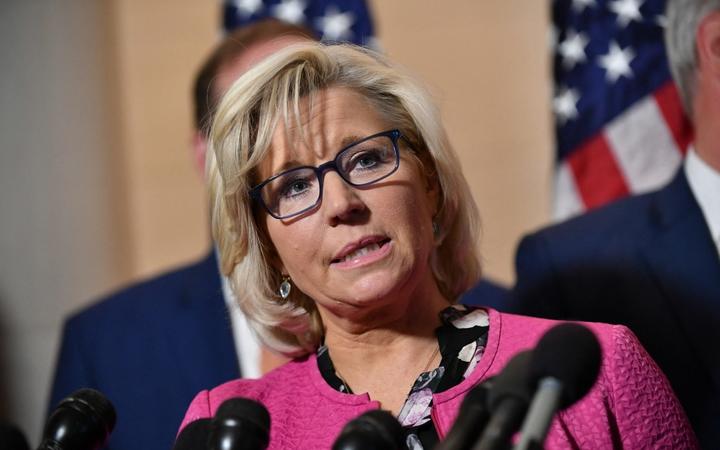 Liz Cheney has survived one attempt to demote her. Photo: AFP

Cheney was one of 10 House Republicans to vote to impeach Trump on a charge of inciting the Capitol riot. The then-Republican-controlled Senate acquitted him.

"There's no concern about how she voted on impeachment," McCarthy told Fox News. "It's more concern about the job ability ... and what's our best step forward that we can all work together instead of attacking one another."

Prior to the interview, McCarthy was caught on microphone saying he had "lost confidence" in Cheney, Axios reported. It released audio of the recording.

A Cheney spokesman replied to McCarthy's interview with his own statement: "This is about whether the Republican Party is going to perpetuate lies about the 2020 election and attempt to whitewash what happened on Jan 6. Liz will not do that. That is the issue."

Neither McCarthy's nor Cheney's offices responded to queries about the expected vote to remove her from leadership.