Western Australian Premier Mark McGowan has announced Perth will not re-enter lockdown after three new community cases of Covid-19 were confirmed in the city yesterday. 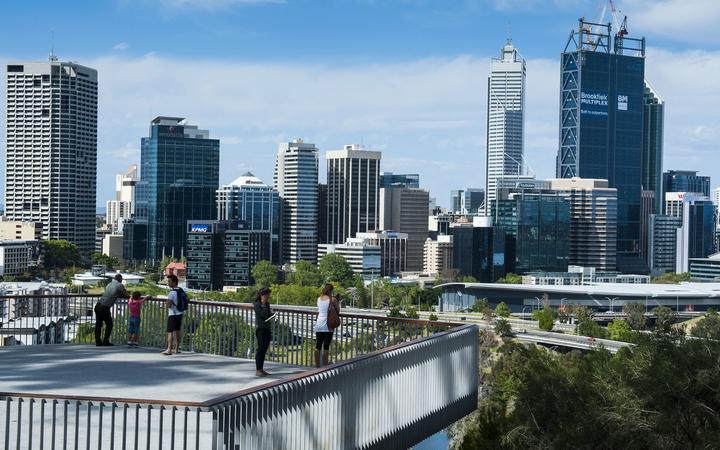 There are fears at least one of the people was circulating in Perth for up to four days before it was confirmed he had Covid-19. Photo: AFP

A security guard tested positive for the virus while working at the Pan Pacific Hotel, along with two of his housemates.

McGowan said at a press conference this morning that no new cases of community transmission had been recorded since yesterday.

However, while Western Australia is not going into lockdown today, fans will not be able to attend the AFL western derby at Perth Stadium.

A crowd of 45,000 was due to attend the match after a 75 percent capacity limit was imposed in the wake of Perth's Anzac Day weekend outbreak.

McGowan said the decision to cancel attendance was made on medical advice.

"The decision to have no crowds at the stadium also helps us in preventing possible transmission on public transport," he said.

"The game will still go on and people can watch the game from their own homes."

Nightclubs will also close immediately until 12.01am on Saturday, 8 May.

Masks may be mandatory for a while

McGowan said he could see masks becoming a "longer-term measure" in coming weeks.

"That is unfortunate, because I know how uncomfortable and difficult it is," he said.

Perth and Peel residents will need to keep wearing masks indoors and outdoors for now.

Health authorities believe they could have been infectious since Tuesday, 27 April.

They worked as delivery drivers on Thursday, 29 April and Friday, 30 April.

"Public health advice is that the risk is low when it comes to food deliveries, given the minimal contact and the requirement to wear masks," McGowan said.

"Given the short time the drivers may have been at the locations and the fact that they may not have entered inside the premises ... some restaurants will not be classified as an exposure location," he said.

"Contact tracing teams are working through the restaurants they attended for short periods to pick up food and also [the] delivery points."

Any of the pick-up locations that are determined to be an exposure site will be listed on the Department of Health website.

One of the guard's housemates who tested positive had also attended a cooking class at the Perth College of Business and Technology on April 27 and 28.

Around 20 people are believed to have attended the same class and have been contacted to be tested immediately and placed into isolation. 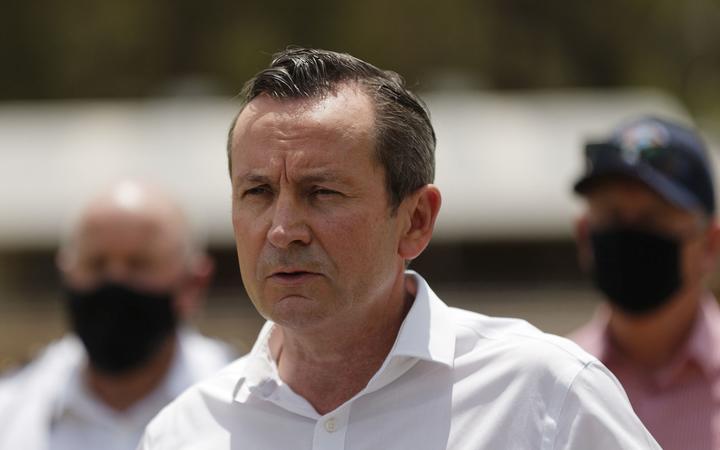 Western Australia Premier Mark McGowan says the risk to public safety from the latest cases is lower because the public has been taking precautions since the last outbreak. Photo: AFP

McGowan said it was still not known how the security guard contracted the virus.

The announcement has led to flights between Western Australia and New Zealand being paused, with an Air New Zealand flight set to depart from Perth last night cancelled.

Anyone who has arrived in New Zealand from Perth in recent days is being asked to check the locations of interest of the latest cases, and monitor their health.

Anyone who has been at the locations of interest should self-isolate immediately and call Healthline for further advice.

McGowan said he had been advised that the guard had followed protocols and wore a mask.

"We've done a review of the CCTV in the area in question and at [this] point of time we have not picked up anything that causes concern in relation to the behaviour of the guard or the people in the rooms," he said.

"What you've seen in other states is exactly the same thing - people wore masks, and everything was done appropriately, yet somehow people got infected."

He said the fact that the confirmed cases were in the community when Perth was in a state of semi-lockdown "saved us from having a lockdown immediately".

"There was limited activity in the community, limited movement and everyone was wearing a mask," he said.

"And that's given us the opportunity to adopt the course we've adopted today.

"Had what happened in the last couple of days occurred three weeks ago, we would've gone into lockdown immediately".

Two overseas arrivals who tested positive in the hotel quarantine system, along with the three new cases, have taken the total cases recorded in WA since the start of the pandemic to 1005.

McGowan said 16 of the 20 high-risk close contacts of the latest cases that had been identified so far had tested negative.

However, contact tracers had also identified 156 casual contacts so far, and that number was expected to grow.

The Premier said 3298 Covid tests had been carried out yesterday and he urged people to get tested.