US police responding to reports of a kidnapping say they found more than 90 people crammed into a two-story suburban Houston home and suspect it was being used in a human smuggling operation. 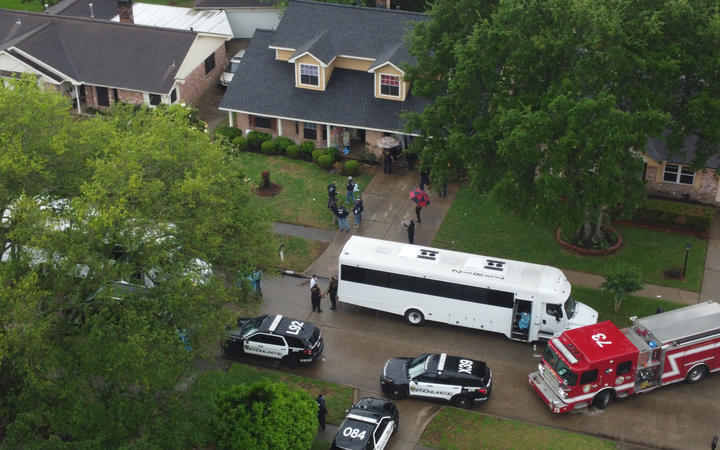 This aerial photo shows police activity around a house where more than 90 people were found crammed together in Houston, Texas Photo: AFP

The 90 victims, all but about five of them men, were removed from the house and given food and water, said Houston Police Department assistant chief Daryn Edwards.

"They basically (were) in there in their basic clothing and all, all huddled together. So that's what we saw when we got in," he said. No children were found among them.

At least several of the people showed symptoms of Covid-19 infection, including fever and lack of taste or smell, Edward said. The victims told police they had not eaten recently.

The victims were issued personal protective gear and put onto white busses. It was not immediately clear where they were being taken.

Homeland Security and Immigration and Customs Enforcement agents were seen at the house along with local police and firefighters.

Edwards said no arrests had been made in the case as of Friday afternoon and declined to offer further details, citing the ongoing investigation.