Australia's top diplomat says China wants Australia to "compromise on key national interests" before it will resume dialogue and cooperation with the federal government. 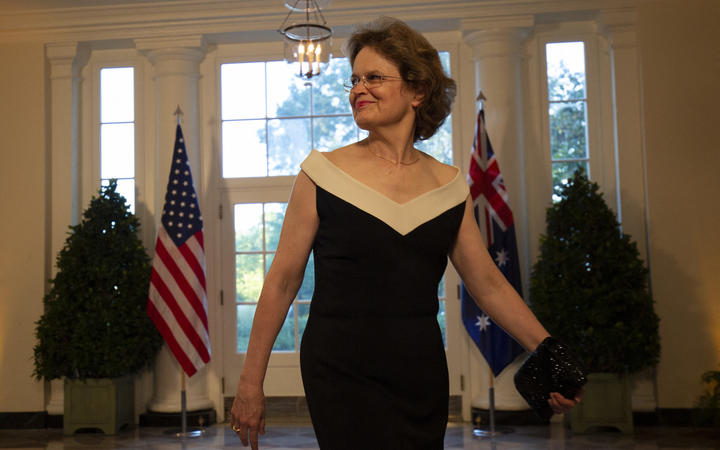 In a recent speech, Australian Department of Foreign Affairs and Trade (DFAT) secretary Frances Adamson outlined a "range of difficulties" Australia is experiencing with its largest trading partner.

"As China adopts a more authoritarian approach domestically and asserts itself internationally in ways which challenge and undermine those rules, Australia is experiencing a range of difficulties in its bilateral relationship with China," Adamson told a University of Adelaide graduation ceremony earlier this month.

"The Australian government wants a constructive relationship with China where we can discuss differences and work for mutual benefit.

"Governments of other countries want the same or similar, but China expects compromise on key national interests in exchange for dialogue and cooperation."

Late last year the Chinese embassy in Canberra produced a list of 14 grievances with Australia, including that the federal government had banned Huawei from 5G networks and unfairly blocked other Chinese investment.

Adamson also told graduating commerce students that "China is an important economic partner for Australia, that our economies are complementary and that Chinese consumer demand for Australian products is strong".

She reminded the University of Adelaide audience of "the need to evaluate risk and think strategically" and stressed "how important it is for global security and prosperity that agreed rules are upheld".

"It is likely to affect you, possibly quite directly, and because the way it plays out will influence the peace and prosperity of our state, our country, our region and the world.

"Our freedoms, including academic freedom and freedom of speech, which we often take for granted, may need your voices in defence - I encourage you to act with integrity, guided by your values."

At the same venue in 2017, the DFAT secretary used an address to urge universities to better protect themselves from the rising influence of the Chinese Communist Party, asking students to engage in respectful debate rather than spread propaganda or attempt to gag views they disagree with.

In her most recent speech, Adamson said she believed "Chinese students will be welcome on campus when they are able to return".