It is that time of year again when the film industry celebrates the best of cinema - even though much of the world could not go to the movies.

And some of the nominations did not have a theatrical run. 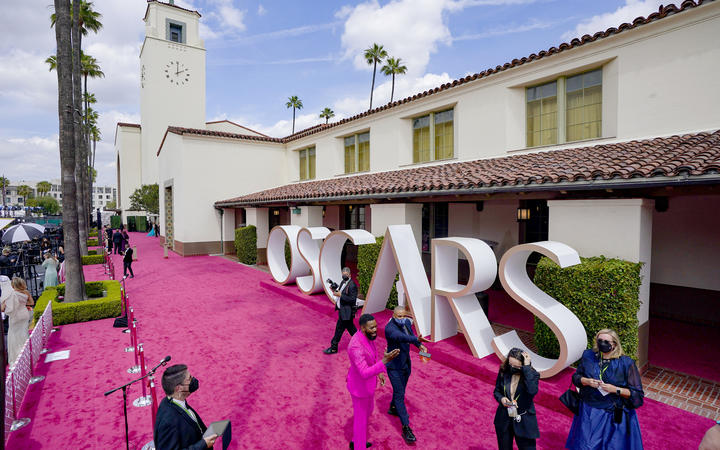 The first guest are beginning to arrive for the 93rd annual Academy Awards, in Los Angeles. Photo: AFP/ Getty Images

But the show must go on, so here is what you need to know about the 2021 Oscars.

You can follow our live coverage of the Oscars on the RNZ live blog where we'll bring you all of the best moments, fashion and fun facts.

Who is hosting the Oscars?

For the third year in a row, the ceremony will be hostless.

The last person to host the Oscars was late-night talk show host Jimmy Kimmel in 2018.

Kevin Hart was due to take up the mantle in 2019 but stepped down after homophobic tweets from 2009 resurfaced.

That year the ceremony rated well without a host, and given that the job is seen as somewhat of a "poisoned chalice", the chair remains vacant. 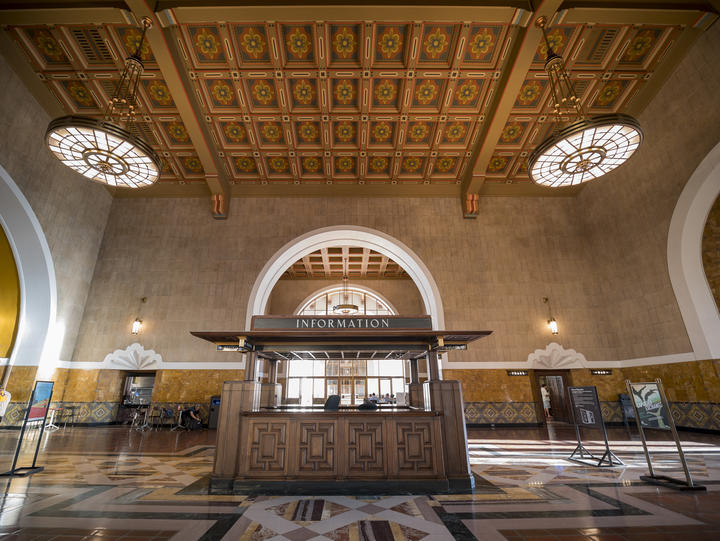 The Los Angeles Art Deco Union Station is one of the venues being used for the 93rd annual Academy Awards ceremony. Photo: 123rf

Here's how this year will be different

The show is being held at the iconic LA Union Station for the first time, as well as the usual Dolby Theatre.

In a bid to have as many people attend in person as possible, there will also be international locations included in the broadcast.

And despite still being in the middle of a pandemic, do not expect to see attendees wearing face masks.

Entertainment magazine Variety reports guests will not be required to wear masks when on camera, only during commercial breaks.

Zoom acceptance speeches are also off the table despite backlash from the nominees.

As for the ceremony, expect it to "look like a movie, not a television show" according to its three producers.

Is there an actual red carpet?

Fashion fans will get their fix with an in-person red carpet at the Oscars, but it will be anything like the pre-pandemic spectacle.

"It's not a traditional red carpet, it's a teeny tiny red carpet," producer Sher said.

"It's a very small footprint for safety reasons, obviously."

Who is predicted to win?

Chadwick Boseman is tipped to win his posthumous nomination for best actor for his performance in Ma Rainey's Black Bottom.

If the Oscars follow the results of the Screen Actors Guild Awards (SAG), it would be the first time people of colour sweep the acting awards.

I see what y'all write about my snot tears!!
Did y'all know we did 23 takes of that scene in @FencesMovie? https://t.co/G0zcRUiczP

Yuh-jung Youn is nominated for best supporting actress in the Korean-language film Minari, up against former Oscar winner Olivia Colman, for The Father, and Hillbilly Elegy's Glenn Close , who has the record for the most nominations without a win with eight.

Daniel Kaluuya has won a SAG, Golden Globe and BAFTA for Judas and the Black Messiah, which puts him in good stead to win the Oscar for best supporting actor.

Two women are nominated for best director for the first time - only five women had ever been nominated until this year.

Chloe Zhao is seen as the clear frontrunner for her film Nomadland over Emerald Fennell's Promising Young Woman and David Fincher's Mank.

Chloé Zhao & Lee Isaac Chung are the first two Asian filmmakers to be nominated for Best Director in the same year. #Oscars

Zhao is the first Asian woman to be nominated for the top honor. pic.twitter.com/DB7lpyN8et