A missing Indonesian submarine carrying 53 people is believed to have sunk in the Bali Sea after search teams found debris floating around the vessel's last location. 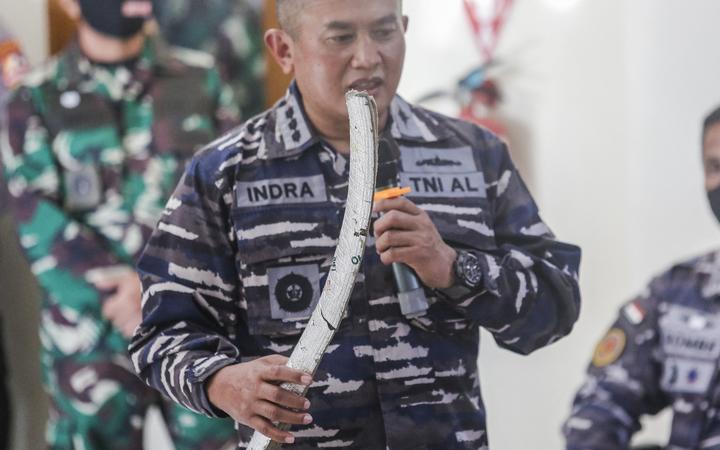 The exact location of the 44-year-old submarine was unknown but its presence had been detected, Indonesian Navy Chief of Staff Yudo Margono told reporters.

"With the evidence we found believed to be from the submarine, we have now moved from the 'sub missing' phase to 'sub sunk'."

Officials have shown pieces of debris that had been found, including fragments of prayer mats and a bottle of grease used to lubricate the submarine's periscope.

The KRI Nanggala-402 lost contact on Wednesday as it prepared to conduct a torpedo drill. "We are still carrying out the search ... the depth of the sea we have detected is at 850 metres, which is very tricky and presents many difficulties," Margono told reporters, adding that he expected the dive taken by the vessel had led to cracks.

Rescuers have sent more than a dozen search helicopters and ships to the area where contact was lost, with the United States, Australia, Singapore, Malaysia, and India providing assistance.

Experts say it is likely the submarine was crushed by water pressure.

"Now it'll be up to the investigators to establish the chronology of events and determine the cause. At the same time, plans would have been made to assess the feasibility of retrieving the sub at such extreme depth," said Collin Koh, Research Fellow at the Institute of Defence and Strategic Studies.

"It's technically possible to do it, though I believe Indonesia will have to engage foreign assistance in this."

Indonesia's navy has said it is investigating whether the submarine lost power during a dive and could not carry out emergency procedures as it descended to a depth of 600-700 metres, well beyond its survivable limits.

One of the people on board was the commander of the Indonesian submarine fleet, Harry Setiawan.

It has been seeking to modernise its defence capabilities but some of its equipment is old and there have been fatal accidents in recent years.