A bomb explosion at a luxury hotel in the Pakistani city of Quetta has killed at least four people and wounded 12. 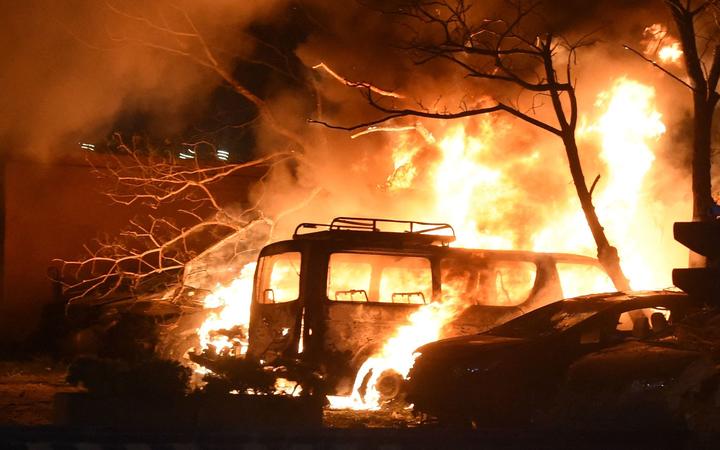 The scene in a hotel car park in Quetta shortly after the explosion. Photo: AFP

The Chinese ambassador to Pakistan is suspected to have been the target of the attack in the car park of the Serena Hotel, correspondents say.

He is understood to be in Quetta, the capital of Balochistan province near the Afghan border, but was not present at the scene at the time.

The Pakistani Taliban have claimed responsibility for the attack, without giving details.

In recent months the group, and other militant organisations, have stepped up attacks including in tribal areas near the border with Afghanistan.

The vehicle exploded in the hotel's car park and the fire spread to several other vehicles nearby.

Footage of the blast was shared on social media in the aftermath, showing the fire raging in the car park. 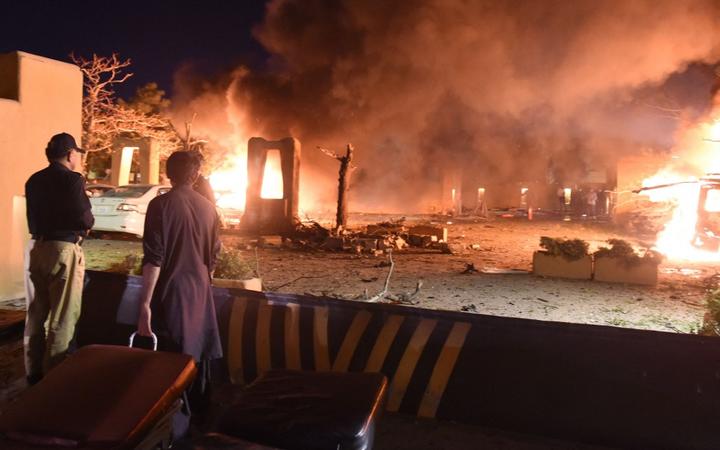 Onlookers watch as the blaze spreads through the car park. Photo: AFP

The Serena Hotel is the best known in Quetta, and provides accommodation for government officials and visiting dignitaries.

Interior Minister Sheikh Rashid Ahmad told Pakistani broadcaster ARY News TV that "a car that was full of explosives exploded in the hotel" while news agency AFP cited him as saying it was "an act of terrorism". 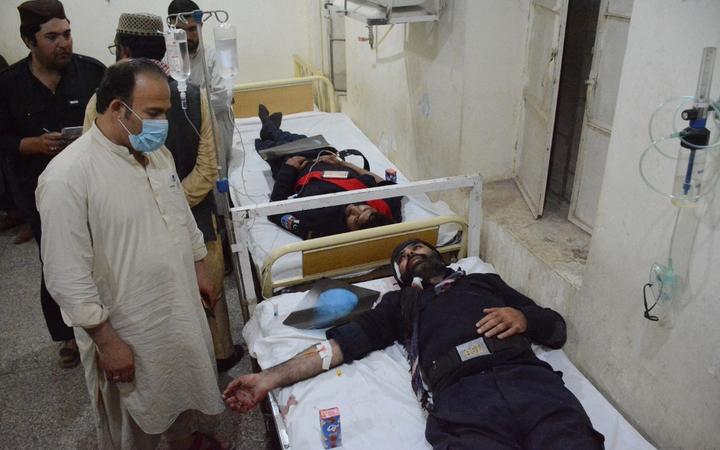 The injured were taken to hospital for treatment. Photo: AFP

He added that the Chinese ambassador, Nong Rong, was at a function at the time and so was not at the hotel.

Local media are citing officials as saying that all other guests from the hotel were also safe.

A Taliban spokesman confirmed to Reuters that "it was a suicide attack in which our suicide bomber used his explosives-filled car in the hotel".

Balochistan's provincial Home Minister Ziaullah Lango told reporters that Nong was "in high spirits" and that his visit to Quetta would conclude on Thursday.

One of Pakistan's poorest provinces, Balochistan is home to several armed groups, including Islamic extremists and separatists.

Militants want independence from the rest of Pakistan, and oppose major Chinese infrastructure projects in the area.

The separatists were also blamed for an attack two years ago on a hotel at Gwadar, a port project funded by China.

They accuse the government and China of exploiting Balochistan's gas and mineral wealth, and strategic position with little benefit to local people.