A wildfire on the slopes of South Africa's Table Mountain has spread to the nearby University of Cape Town campus, forcing the evacuation of hundreds of students, officials say. 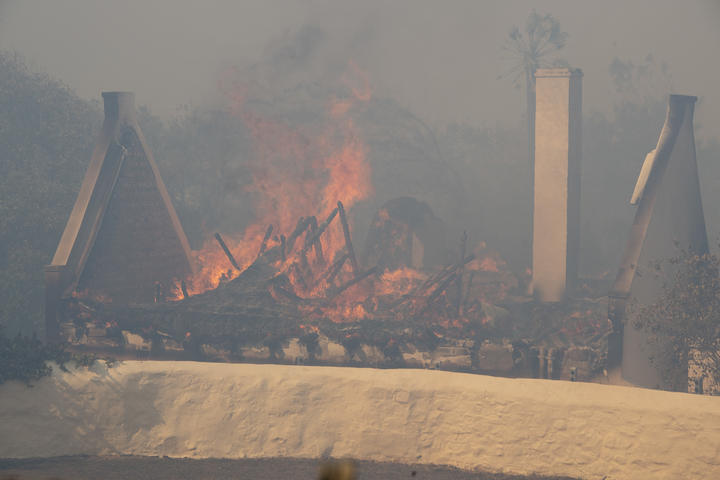 A historic Cape Dutch building burning as a forest fire rages on the foothills of Table Mountain. Photo: AFP

The blaze spread quickly after breaking out on Sunday morning near a memorial to politician Cecil Rhodes. A restaurant was destroyed.

The university's historic library and other buildings were also affected.

Four helicopters are water-bombing the flames. 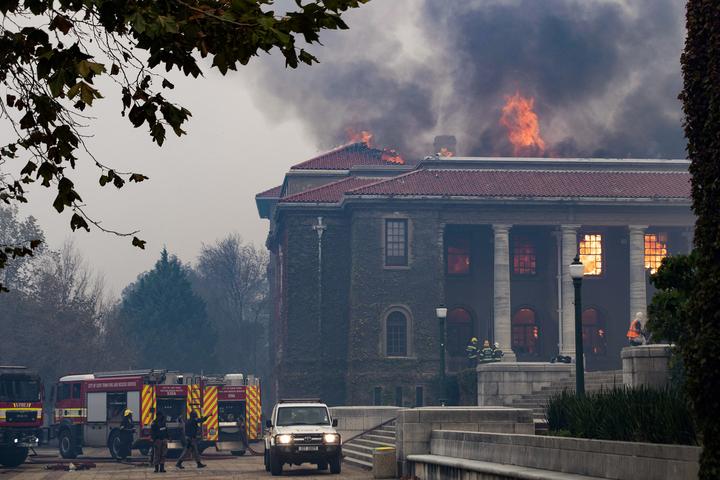 The Jagger Library at the University of Cape Town was was partially destroyed. Photo: AFP

South African National Parks said firefighters were alerted at 9am local time. The flames spread quickly because of the low humidity and dry bush.

The fire created its own wind further increasing the rate of spread, it added, estimating that firefighters would need at least three days to control the blaze.

"After the initial investigation, it is surmised that the origin of the fire is from a vacated vagrant fire," it said.

More than 120 firefighters have been deployed to the area, and one had to be sent to hospital for treatment with burn wounds. 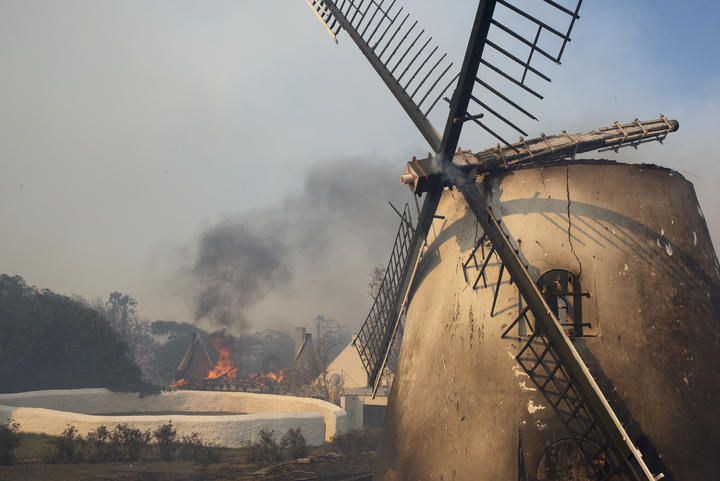 The historic Mostert's Mill is seen in ruins after the blaze Photo: AFP

The fire partially destroyed the University of Cape Town's Jagger Library and the historic Mostert's Mill. Other buildings were also affected.

"All UCT students have been evacuated from campus by emergency services support staff," the university said on Twitter.

Residents in the area have been warned of smoke and soot in the air, and told to keep windows and doors closed.

Meanwhile hikers in the Table Mountain National Park have been urged to leave and drivers who have parked in the area have been told to collect their vehicles. 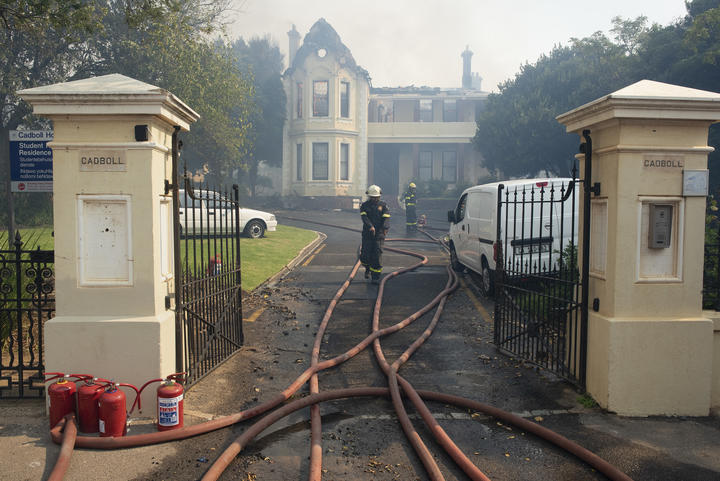