Russia's ambassador to the UK has said that opposition activist Alexei Navalny "will not be allowed to die in prison". 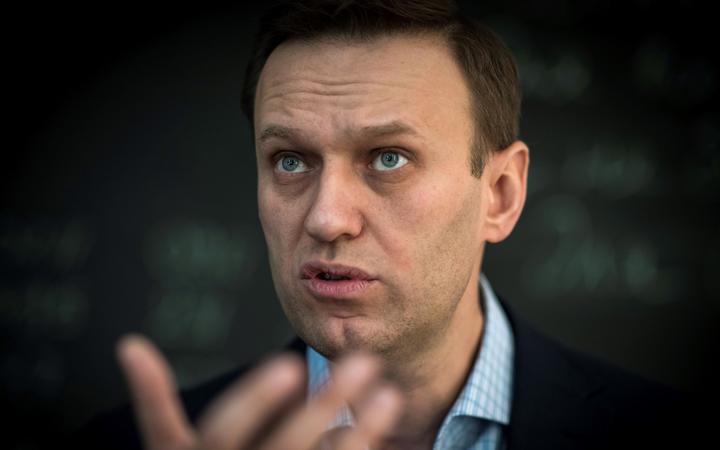 Alexei Navalny has been on a hunger strike for 18 days as he seeks medical treatment for back pain and leg numbness. Photo: AFP

Navalny, 44, nearly died in August 2020 when he was poisoned with the chemical nerve agent, Novichock. He accuses President Vladimir Putin of ordering the poisoning, which the Kremlin denies.

Navalny was jailed in February on old embezzlement charges and has been on a hunger strike for 18 days to demand proper treatment for acute back pain and leg numbness.

Speaking to the BBC's Andrew Marr in an interview recorded on Friday but broadcast on Sunday, ambassador Andrei Kelin insisted Navalny's medical treatment would be "taken care of", and claimed the real purpose of his calls for medical help was to "attract attention".

On Sunday, a number of countries joined the international protest against Navalny's treatment.

US national security adviser Jake Sullivan told CNN there would be consequences if Navalny died and Russia would be held accountable by the international community.

France, Germany and the European Union have expressed their concern, and EU foreign ministers will discuss the situation later today.

"The UK is deeply concerned by reports of the unacceptable treatment of Alexei Navalny and the continued deterioration of his health. Mr Navalny must be given immediate access to independent medical care.

"We reiterate our call for his immediate release from his politically motivated imprisonment," a Foreign Office spokesperson said in a statement.

Meanwhile, allies of Navalny have unveiled plans for what they hope will be the largest protests in modern Russian history on Wednesday.

The protest date was brought forward after a medical trade union with ties to Navalny said on Saturday he was in a critical condition.

"Things are developing too quickly and too badly," his allies wrote in a statement on Navalny's website, announcing their plans for nationwide street demonstrations that they portrayed as a bid to win him life-saving medical care and as a protest over a crackdown on his supporters.

The authorities have broken up pro-Navalny protests by force in the past, detaining thousands, and Wednesday's planned demonstration falls on the same day as Putin gives a state-of-the-nation speech.

That sets up a showdown that Navalny's allies described as the last chance to stop Russia from sinking into "darkness".

"A really tough final battle between normal people and absolute evil lies ahead," they said.

The authorities cast Navalny and his supporters as US-backed subversives bent on destabilising Russia and moves are under way to declare them extremists, opening the door to long jail terms.

'Life hanging by a thread'

Navalny's allies had declared a moratorium on protests after staging three demonstrations at the height of winter. Some protesters were unhappy that the demonstrations were halted, but organisers said they would hold a big protest once 500,000 people had registered online to take part.

In light of Navalny's poor health, organisers said they were calling the protest on Wednesday anyway despite being around 40,000 people short of their target.

"Navalny is now in a prison camp and his life is hanging by a thread. We don't know how much longer he can hold out," they said. "The life of Alexei Navalny and the fate of Russia depend on how many citizens take to the streets on Wednesday."

Navalny's daughter Dasha, a student at Stanford University, made an appeal on Twitter on Sunday for her father to see a doctor of his choice.