Johnson & Johnson's one-dose Janssen vaccine will not be part of Australia's vaccine rollout, at least for now, after the federal government confirmed it would not purchase any doses from the company. 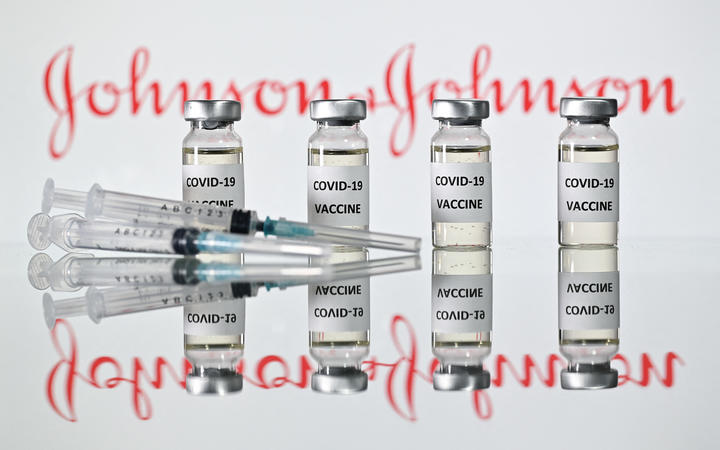 The Australian Government says the Johnson & Johnson's Janssen vaccine is based on similar technology to the AstraZeneca vaccine. Photo: AFP

The vaccine is being widely used in the United States and has the advantage of only requiring one dose, unlike the Pfizer, AstraZeneca and Moderna alternatives which all require two doses.

The Australian federal government had been in talks with the global pharmaceutical giant about potentially acquiring its vaccine, and the company had previously submitted an application to the Therapeutic Goods Administration for provisional registration.

The Johnson & Johnson vaccine is based on similar technology to the AstraZeneca vaccine.

A spokesperson for Health Minister Greg Hunt said those similarities were the reason the federal government had decided against pursuing the option any further.

The news comes despite the fact the federal government has been considering how to increase Australia's vaccine orders in response to changing advice around the AstraZeneca vaccine.

Under new advice, Pfizer's coronavirus vaccine is the preferred option for Australians under 50 due to concerns over an extremely small number of cases of a rare blood clotting condition recorded in recipients of the AstraZeneca vaccine.

Late last week it was confirmed an order for a further 20 million doses of the Pfizer vaccine had been lodged.

Australia has deals in place with Pfizer, AstraZeneca and Novavax, but the Novavax vaccine is yet to be approved.

The federal opposition demanded further explanation about why the government was not pursuing a deal with Johnson & Johnson.

"With this very important vaccine that's rolling out through the US, will start to roll out through the United Kingdom very soon, if there is a decision not to go with it, what are the reasons for that?" Butler said.

"I think this is the problem Australians and Australian businesses are having right now - the communication channels from the government have shut down.

"We've got a prime minister that's retreated to Facebook and a minister who's making announcements through a spokesperson without clear background information."

In New Zealand, Medsafe is meeting to consider whether to approve the Janssen vaccine. If it is given the nod, up to two million doses will be available from July.

As of 11 April, nearly 6.5 million doses of the Johnson & Johnson vaccine had been administered in the US, according to the US Centers for Disease Control and Prevention.

Because patients only require one dose, full vaccination of a population can be achieved relatively quickly.

The vaccine is approved for use in the European Union, and shipments to Europe reportedly began this week.

He also noted that it was a similar type of vaccine to that produced by AstraZeneca.

Last week the European Medicines Agency said it was looking into four blood-clotting cases in the US associated with the Johnson & Johnson vaccine.

However, Johnson & Johnson said "no clear causal relationship has been established" between the cases and the vaccine.