Police fired tear gas to disperse angry protesters after an officer fatally shot a man about 16km from where George Floyd was killed in Minneapolis last May, a Reuters witness says. 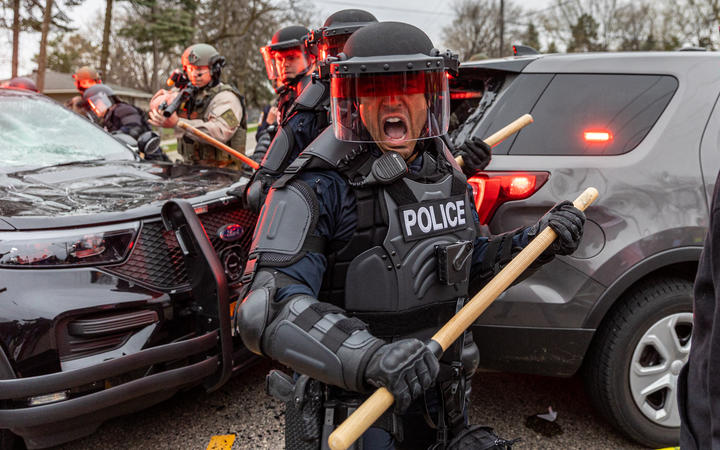 Police officers take cover as they clash with protesters after an officer shot and killed a man in Brooklyn Center, Minneapolis, Minnesota on April 11, 2021. Photo: AFP / Kerem Yuce

About 100 people, some visibly upset and one carrying a sign demanding "Justice for George Floyd," confronted police in riot gear after the officer shot a man in his car in the suburb of Brooklyn Center.

Some vandalised two police vehicles, pelting them with stones and jumping on them. Police fired rubber bullets, hitting at least two in the crowd, with at least one man left bleeding from the head, a Reuters witness said.

After nightfall, a few hundred protesters had gathered outside the suburban police department, guarded by hundreds of officers in riot gear. Police set off flash bangs and sprayed chemical irritants at the crowd. 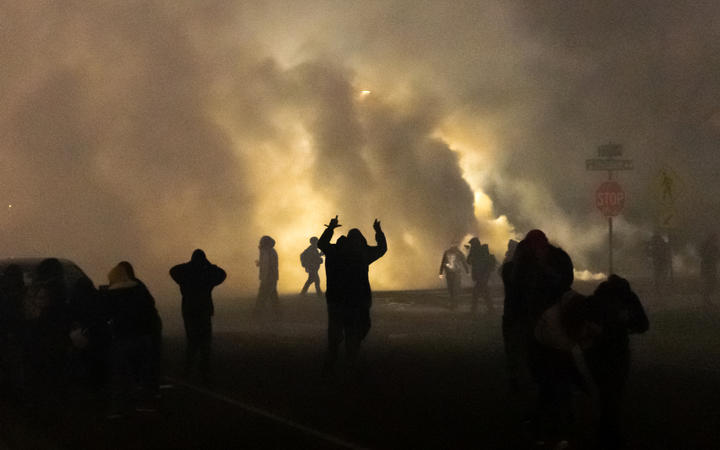 The dead man was identified by relatives at the scene as Daunte Wright, 20, according to the Star Tribune.

In a statement, Brooklyn Center police said officers pulled over a man for a traffic violation just before 2pm (local time), and found he had an outstanding arrest warrant.

As police tried to arrest him, he re-entered the vehicle. One officer shot the driver, they said. The driver drove several blocks before striking another vehicle to die at the scene. 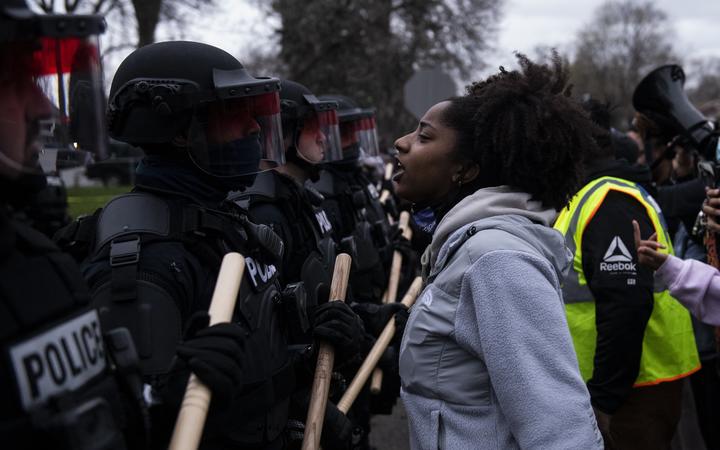 Police said both officers' body cameras were activated during the incident.

Tension in the area is extremely high as the murder trial of Derek Chauvin, a white former Minneapolis police officer captured on video kneeling for nine minutes on the neck of Floyd, a 46-year-old handcuffed Black man, enters its third week of testimony on Monday.

Floyd's death sparked US and global protests against police brutality and racial injustice.

"We are asking the protesters to continue to be peaceful and that peaceful protesters are not dealt with with force," he said in a statement.