At least one person was killed and several others wounded on Thursday when a gunman opened fire at a business in central Texas, police said, the latest of several mass shootings in the United States over the past three weeks. 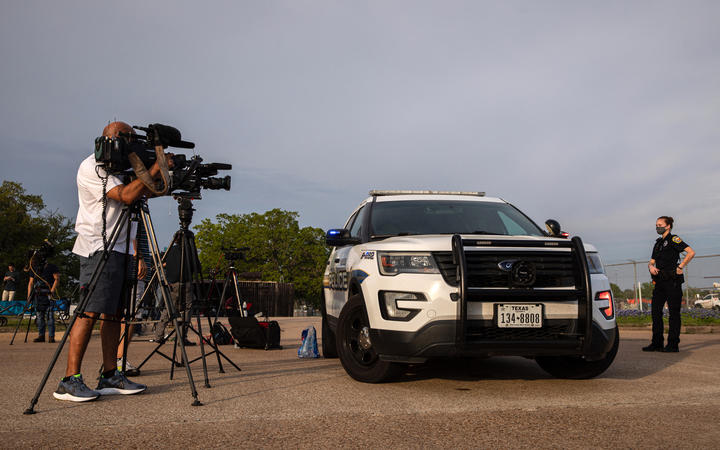 A Bryan Police Department officer maintains a perimeter near the scene of a shooting at Kent Moore Cabinets in Bryan, Texas. Photo: 2021 Getty Images

The shooting unfolded at Kent Moore Cabinets in Bryan, Texas, Police Chief Eric Buske told reporters, and the suspect was believed to be an employee of the business. It was not immediately clear if he had been taken into custody.

Lieutenant Jason James, a spokesman for the police department in Bryan, Texas, said in a telephone interview broadcast by CNN that "there were a lot of employees inside" the cabinet business when shots rang out.

The shooting left one person dead at the scene and four others struck by gunfire, Buske said. A fifth person was taken to the hospital suffering from an apparent asthma attack.

The violence follows a string of more than a half-dozen deadly mass shootings across the United States since mid-March, including rampages that killed eight people at Atlanta-area spas, 10 people at a supermarket in Boulder, Colorado, and four people, including a nine-year-old boy in Orange, California.

Bryan, a town of about 87,000 residents and the seat of Brazos County, is a short drive from Texas A&M University in nearby College Station about 100 miles northwest of Houston.

On Wednesday, a former professional football player shot and killed a prominent South Carolina doctor, his wife, two grandchildren and another man before taking his own life at his home a short distance away, authorities said on Thursday.

The latest shooting in Texas on Thursday came hours after President Joe Biden and his Attorney General Merrick Garland announced limited measures to tackle a surge in U.S. gun violence in recent years.