Australian Attorney-General Christian Porter has revealed himself to be the minister accused of a historical rape allegation. 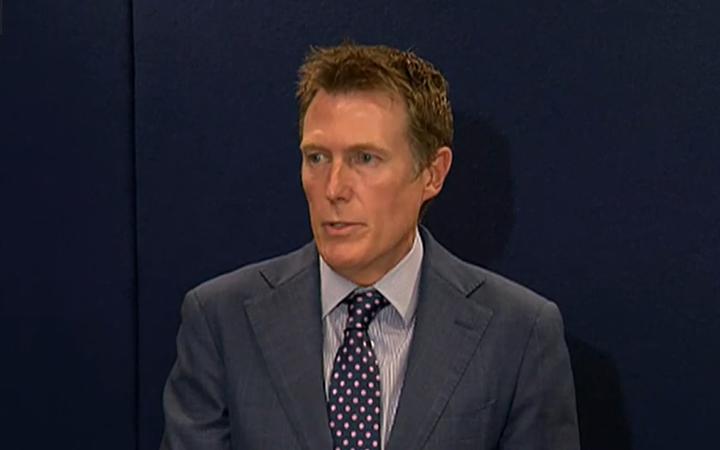 Australian Attorney-General Christian Porter tells media he is the government minister accused of raping a woman in 1988. Photo: ABC / screenshot / fair use

He fronted the media in Perth to strenuously deny the allegation this afternoon.

Porter, in an anonymous letter sent to the Prime Minister, had been accused of raping a woman in Sydney in 1988, long before he entered politics.

"Nothing in the allegations that have been printed ever happened," an emotional Porter said.

"The things that are claimed to have happened did not happen," he said.

"Because of what has been alleged, did not happen - I must say so publicly."

The woman contacted police in 2019 but took her own life last year.

On Tuesday, New South Wales Police said there was "insufficient admissible evidence" to investigate, and that the case was now closed.

"Prior to last Friday's story in the ABC, no-one in law enforcement or the law or politics or the media ever put any substance with any specific allegations to me at all," Porter said.

"I was aware over the last few months of a whispering campaign."

The Attorney-General said he would take "a short period of leave" to assess and improve his mental health but he would not step down, saying he feared it would set a precedent for other people who faced similar allegations.

"If that happens, anyone in public life is able to be removed simply by the printing of an allegation, every child we raise can have their lives destroyed by online reporting alone," Porter said.

"I am not standing down or aside."

Porter said he spoke with Morrison on that day and retained his "full backing".

Earlier this week the AFP said it was unable to investigate the allegation because it was a state matter for New South Wales.

South Australian Police have prepared a report into the death of the woman and the state's coroner will decide whether to launch an inquest.

Porter said he remembered the woman as a "bright, happy person", and they met when she was 16 and he was 17 at a debating event in Sydney in 1988.

He addressed the woman's parents at the start of his press conference.

"In losing that person, your daughter, you've suffered a terrible loss and you did not deserve the frenzied politicisation of the circumstances of your daughter's death over the past week," he said.

"I have thought long and hard about the implications for you of what I need to say today.

"I hope that, whatever else happens from this point, that you will understand that in saying today that the things that are being claimed to have happened did not happen, that I do not mean to impose anything more upon your grief.

"But I hope that you will also understand that because what is being alleged did not happen, I must say so publicly."

Porter will become the second minister to take leave in the last week.

Defence Minister Linda Reynolds went on leave last week for a pre-existing heart condition following a week of pressure over her handling of a separate and unrelated rape allegation at Parliament House.

Employment Minister Michaelia Cash will be the acting Attorney-General until Porter returns.

Who is Christian Porter?

Porter was the Western Australian state treasurer before entering federal politics in 2013.

He arrived in Canberra with high personal political ambitions and was viewed by some as a potential future prime minister.

He was the social services minister before then-prime minister Malcolm Turnbull promoted him to Attorney-General in 2017.

Morrison added to Porter's responsibilities, making him the Leader of the House and the Industrial Relations Minister in 2019.

As Industrial Relations Minister, he led negotiations when union and business leaders came together to respond to Covid-19.

His push to overhaul the nation's industrial relations laws, including agreements that govern workers' pay and conditions, is set to go to the Senate later this month.

He is also overseeing the government's proposed federal anti-corruption body.

The 50-year-old has two children, and separated from his second wife last year.

He studied law at university in Perth and then completed a masters of political theory at the London School of Economics.

He was a senior prosecutor and university law lecturer before entering politics.