A New Zealand nun based in Ireland breached local lockdown rules when she attended a bizarre exorcism outside the nation's parliament, it has emerged. 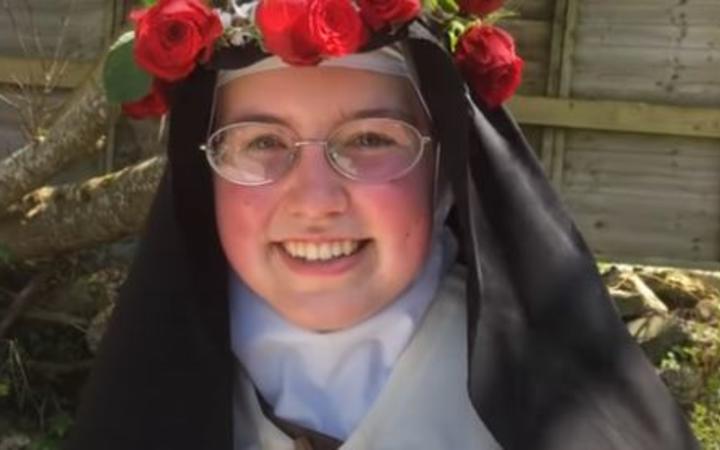 Seventy people took place in the illegal protest outside the Dáil on December 8 (local time) demanding places of worship reopen in the country.

Sister Anne Marie, along with Mother Irene Gibson, from the Carmelite Sisters of the Holy Face of Jesus, travelled from Cork to Dublin to attend the event, during a period when inter-county travel was banned and outdoor gatherings were limited to 15 people.

A member of the group held an 'exorcism' outside the Dáil, before a traditional Latin Mass was also staged.

The Mass was led by Society of St Pius Resistance member Fr Giacomo Ballini. SSPR is a splinter group of the controversial Society of Saint Pius X, founded by French bishop Marcel Lefebvre in 1970 after he clashed with the Vatican over progressive reforms.

The nuns live as hermits in West Cork, with Mother Irene having spent almost 30 years living as a consecrated hermit.

Brought up in Whanganui, in a large Catholic family, Sister Anne Marie went to Ireland in March 2017, receiving the habit as a novice six months later, The Irish Times reported.

"It was a wonderful feeling to be at last able to make my profession of vows and to at last become a bride of Christ," she told The Southern Star after taking her first vow in 2019.

"We spend much of our time in solitude, in prayer."

The Irish Examiner's Paul Hosford told Morning Report the nuns live in a remote part of Cork on a plot of land that they were ordered to leave for breaches of planning permission.

The compound has sleeping cells and is used as a religious retreat.

"They were ordered by court to leave in 2019," Hosford said.

"They are in the area essentially because there is a church operating out of a farm house nearby ... that is linked to ... The Society of St Pius Resistance," he said.

Since being ordered to leave the land, the pair have raised NZ$129,000 to purchase property.

The Society of St Pius Resistance has been ordered to stop selling herbal remedies with medicinal claims, Hosford said.