A powerful earthquake killed at least 42 people and injured hundreds on Indonesia's island of Sulawesi on Friday (local time), trapping several under rubble and unleashing dozens of aftershocks as authorities warned of more quakes that could trigger a tsunami. 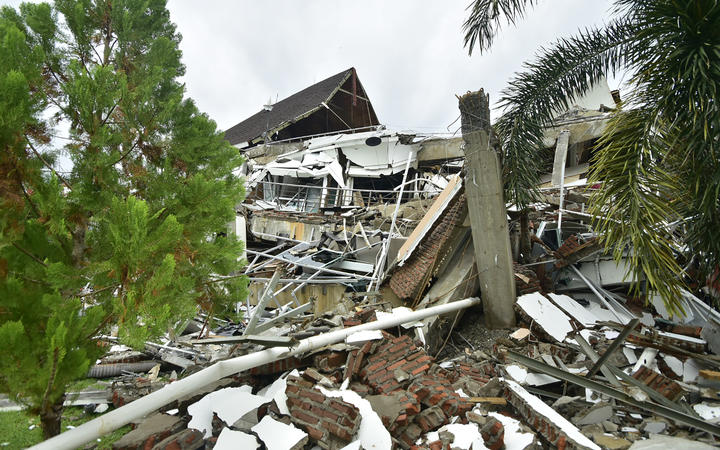 Thousands of frightened residents fled their homes for higher ground when the magnitude 6.2 quake struck 6km northeast of the town of Majene, at a depth of just 10km, shortly before 1.30am (local time).

The quake and aftershocks damaged more than 300 homes and two hotels, as well as flattening a hospital and the office of a regional governor, where authorities told Reuters several people have been trapped under the rubble.

"Praise be to God, for now OK, but we just felt another aftershock," said Sukri Efendy, a 26-year-old resident of the area.

As many as 42 people have been killed, mostly in Mamuju and the rest in the neighbouring district of Majene, the country's national disaster mitigation agency said in a situation report on Friday evening. More than 820 people were injured, it said.

The heightened seismic activity set off three landslides, severed electricity supplies, and damaged bridges linking to regional hubs, such as the city of Makassar. Heavy rain was also worsening conditions for those seeking shelter.

No tsunami warning was issued but the head of Indonesia's Meteorology and Geophysics Agency (BMKG), Dwikorita Karnawati, told a news conference that aftershocks could follow, with a possibility that another powerful quake could trigger a tsunami.

There had been at least 26 aftershocks, she said, with Friday's quake preceded by a quake of 5.9 magnitude the previous day.

Mamuju resident Muhammad Ansari Iriyanto, 31, said that everyone panicked and sought refuge in the nearby hills and mountains. 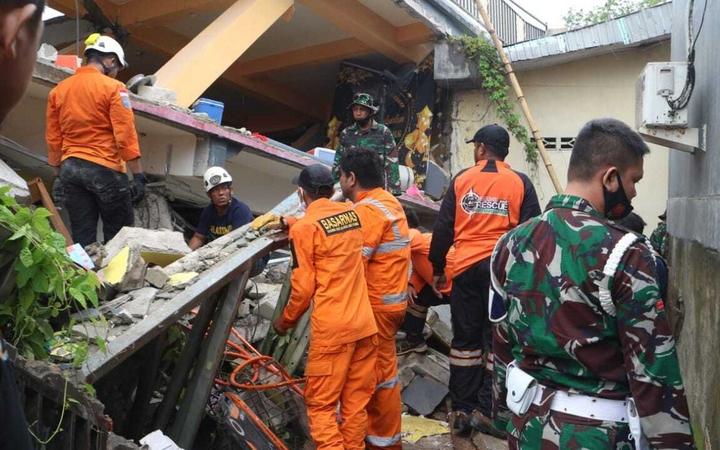 "Mamuju is now empty, everyone went to the mountains," he said. "Lots of buildings collapsed and people are afraid of a tsunami."

Another resident Syahir Muhammad said: "It's raining and we need help."

Videos shared on social media showed residents fleeing to higher ground on motorcycles, and a young girl trapped under rubble as people tried to shift debris with their hands. Rescue workers used cutting and lifting equipment to free survivors and find the dead.

President Joko Widodo offered condolences to the victims, urging people to stay calm and authorities to step up search efforts.

About 15,000 people have fled their homes since the quake, the disaster agency has said, with the coronavirus pandemic likely to complicate the distribution of aid.

"It is certainly one of the most challenging, this (disaster) was one of our fears and now we are putting all of that planning and protocols into place," said Jan Gelfand, head of the International Federation of Red Cross in Indonesia.

In 2018, a devastating 6.2 magnitude quake and subsequent tsunami struck the city of Palu, in Sulawesi, killing thousands.

A 9.1 magnitude quake off the north of Sumatra island triggered a tsunami on Boxing Day in 2004 that lashed coastal areas of Indonesia, Sri Lanka, India, Thailand and nine other nations, killing more than 230,000 people.