On a warm November afternoon, Parul Haldar balanced precariously on the bow of a small wooden dinghy, pulling in a long net flecked with fish from the swirling brown river. 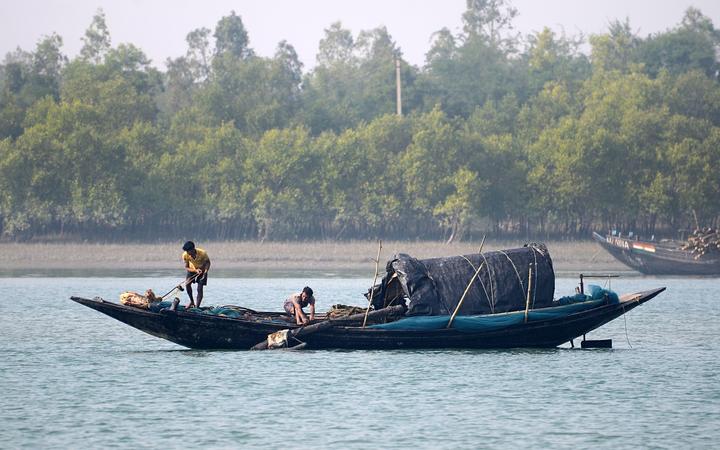 Indian Fishermen catch fish on a foggy morning on the Matla river in the Sundarban. Photo: AFP

Just behind her loomed the dense forest of the Sundarbans, where some 10,000 square km of tidal mangroves straddle India's northeastern coastline and western Bangladesh and open into the Bay of Bengal.

Four years ago, her husband disappeared on a fishing trip deep inside the forest. Two fishermen with him saw his body being dragged into the undergrowth - one of a rising number of humans killed by tigers as they venture into the wild.

That Haldar, a single mother of four, is taking such risks is testament to growing economic and ecological pressures on more than 14 million people living on the Indian and Bangladeshi sides of the low-lying Sundarbans.

They have led to a reduced dependence on agriculture, a rising number of migrant workers and, for those like Haldar who can not leave the delta to work elsewhere, a reliance on the forests and rivers to survive.

"When I enter a dense forest, I feel like I'm holding my life in my hands," said the 39-year-old, sitting outside her ramshackle three-room home on the Indian island of Satjelia after returning from a fishing expedition.

In the small yard, her father and some friends smoked wood to use it for building a new boat.

Haldar fishes in the river most days. Twice a month, she travels deeper into the forests to catch crabs, rowing six hours on a rickety boat along with her mother and staying in the undergrowth for several days.

Almost all of the 2000 rupees ($38) she makes each month to run her household and send her youngest daughter, Papri, to school comes from fishing and crabbing. Her elderly father and other relatives look after the girl while she is gone.

"If I don't go to the jungle, I won't have enough food to eat," Haldar told Reuters.

It is 11-year-old Papri who keeps Haldar on the Sundarbans rather than seeking work elsewhere. If she goes, there's no one to take care of the child, she said.

"No matter how hard it is, I want to educate her."

Life has been getting harder in the Sundarbans. Many of the islands lie below the high-tide water level, meaning homes and farms are often protected by earthen embankments that are frequently breached.

With every rupture, rivers swallow up more land and inundate fields with saline water, wilting crops and rendering plots infertile for months.

As climate change pushes up sea surface temperatures, the cyclonic storms that barrel in from the Bay of Bengal have become fiercer and more frequent, particularly in the last decade, researchers said.

An analysis of 1891-2010 data showed the Indian Sundarbans saw a 26 percent rise in tropical storms, with the frequency spiking in the last decade, according to a 2020 paper in the Environment, Development and Sustainability journal by researchers from the Jamia Millia Islamia university in New Delhi.

These more powerful cyclones bring bigger storm surges which can smash through, or rise over embankments, causing widespread damage, a phenomenon not limited to the Sundarbans.

Walking over broken embankments on a southern corner of Kumirmari island, Nagin Munda stared down at his half-acre paddy field that had been flooded by saline water in October.

"I have no fish left in my pond, no vegetables in my garden, and half my paddy crop is gone," said the 50-year-old farmer.

In recent decades, an estimated 1000 acres - more than 15 percent of Kumirmari's total area - has been eroded away, Mandal said, making farm land even scarcer.

"We are not able to stop it," he said, "The river is eating away our land."

According to the Sundarban Tiger Reserve's director, Tapas Das, five people have been killed by tigers in India's Sundarbans since April.

Local media, which closely follow such attacks, have reported up to 21 deaths last year, from 13 both in 2018 and 2019. Many attacks are not recorded, as families are reluctant to report them since it is illegal to go far into the forests. 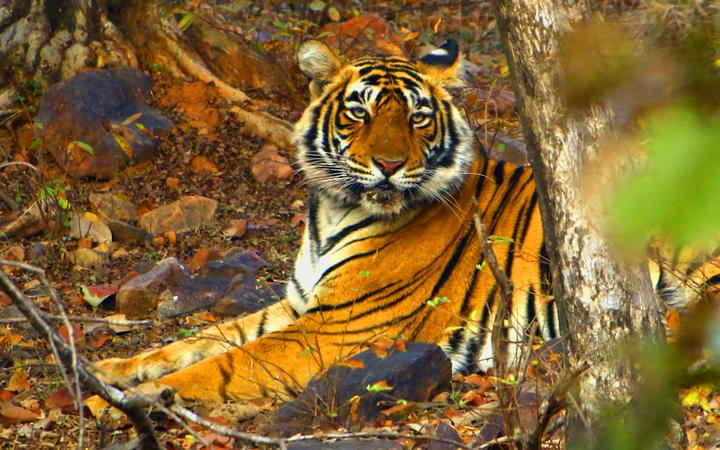 A new factor behind the increase has been the coronavirus pandemic, which trapped tens of thousands of people like the Mondal family on the Sundarbans when they would normally be earning money as labourers elsewhere in India.

In late September, a group of more than 30 men left Kumirmari late in the morning and headed into the forest. Their mission was to collect the body of Haripada Mondal, 31, who had been attacked by a tiger during a fishing expedition.

Guided by the fishermen who had accompanied Mondal on his fateful trip, the men first spotted a pair of red shorts caught in the mangrove trees, two members of the party said.

Following drag marks in the soft mud, the group went deeper into the woods, wielding sticks and bursting firecrackers to scare away any tigers, they added.

"I found his head first," said Mondal's eldest brother, Sunil. The rest of the body lay a few feet away.

The youngest of three brothers, Haripada Mondal, like others in his area, dropped out of school early to find work.

Most years he would leave the Sundarbans to work as an agricultural labourer in southern India and on construction sites near the eastern city of Kolkata, his brother-in-law Kamalesh Mondal said.

He grew a crop of paddy on a leased plot behind his small mud house, where he lived with wife Ashtami and a nine-year-old son.

Mondal, the sole breadwinner, returned home from a construction job in mid-March, his family said, days before India's government announced a nationwide lockdown to slow the spread of the coronavirus.

The lockdown halted much of the country's economy, stalling the informal sector that supports most migrant workers and sending millions back home, including to the Sundarbans.

For months, Mondal sat at home without work as savings dwindled until, desperate for money, he decided to go fishing on the rivers encircling Kumirmari, Ashtami said.

"He said he would go nearby to fish and make 50-100 rupees to help with household expenses," she said. He left home before dawn, rowed into the forests and was killed.

"If there was no lockdown or no coronavirus, he would have left here to work."