Trust in governments, business chiefs and media is crumbling amid a perceived mis-handling by leaders of the coronavirus pandemic and a widespread feeling among ordinary citizens that they are being misled, a global survey has found. 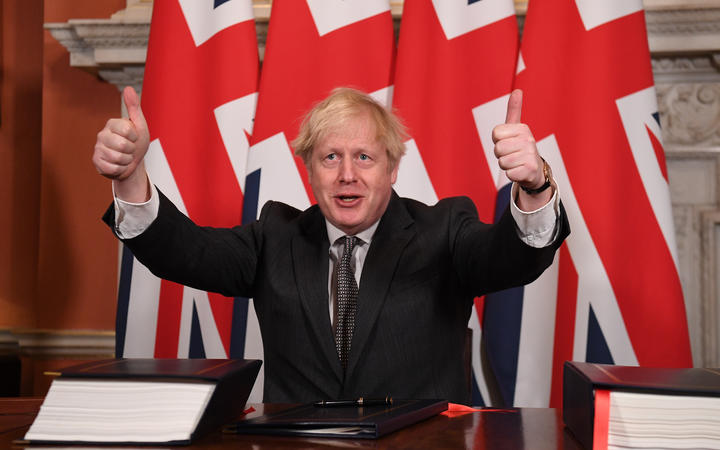 British Prime Minister Boris Johnson, has been criticised from his Conservative government's response to the pandemic. Photo: AFP

The Edelman Trust Barometer, which for two decades has polled thousands of people on their trust in core institutions, found 57 percent of people believe government leaders, business chiefs and journalists are spreading falsehoods or exaggerations.

"We have a leadership crisis," Richard Edelman, whose Edelman communications group produces the survey, said at the Reuters Next conference today after its release.

"In a crisis, traditionally, you get quality information from government, and from media, and both of those are seen to have failed: media because it's seen as ideological and biased, and government because the leaders have lied to us about masks and about hydroxychloroquine, and miracle cures," he added.

Breaking out responses according to a person's media habits and voting patterns, the survey found a greater hesitancy on vaccines among those who rely mostly on social media, and underlined the polarization of politics in the United States.

The survey was conducted between October 20 and November 19 among more than 33,000 respondents, with a supplement carried out in December after the US presidential election.

Governments, which in a previous survey conducted early in the pandemic saw a bounce in their trust ratings from people who wanted them to prioritise saving lives over the economy, saw sharp losses in trust levels as the year progressed.

As a whole, confidence in the institution of government fell from an all-time high of 65 percent last May to 53 percent by year-end. Losses were particularly acute in South Korea, Britain and China.

"The US is third from the bottom in our ranking on the trust index, just above Japan - still affected by Fukushima - and Russia, the perennial bottom-dweller," said Edelman.

"And so the US has definitely moved to second division in the World Cup."

Edelman said he believes the US will rank higher in the coming year, in part because the economy will improve and the pandemic will "hopefully" be under control due to vaccination.

Trust in media, which had already been ebbing in the survey since 2019, fell further. Confidence in traditional media outlets dropped 8 points to 53 percent although they still attracted more trust than social media, which fell five points to 35 percent.

Strong national majorities across the board considered media was doing a poor job at being objective and non-partisan, with Japan in Asia, Italy in Europe and Argentina in South America all registering particularly high scores of mistrust.

In the United States, levels of trust diverged according to political affiliation: while 63 percent of Joe Biden voters trusted journalists, that figure fell to 21 percent for voters of Donald Trump, who has long denigrated mainstream media as "fake news".

Despite the fact that business leaders were suspected by a majority of engaging in falsehoods and exaggerations, they nonetheless came out of the survey with better overall trust levels than either governments or the media.

Nine in 10 respondents said they wanted CEOs to speak out on the pandemic's impact, labour and societal issues and more than two-thirds expect them to step in when the government does not fix problems.