The FBI is warning of the possibility of armed protests being held across the US in the days before Joe Biden is sworn in as president. 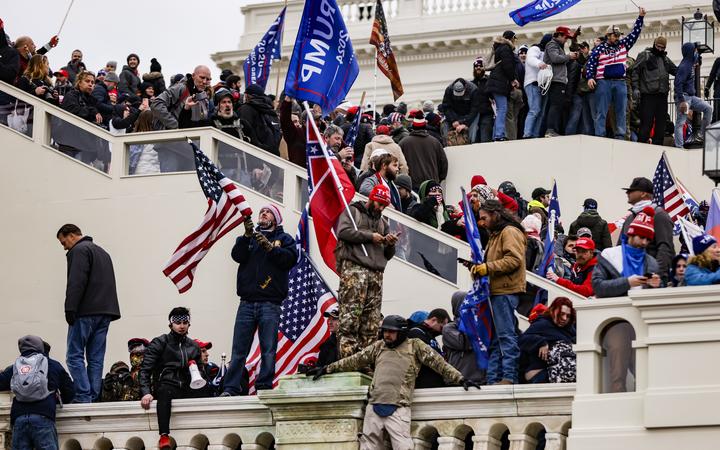 There are reports of armed groups planning to gather at all 50 state capitols and in Washington DC in the run-up to his 20 January inauguration.

The fears come as security plans are hardened for the event itself.

On Monday, Biden told reporters he was not afraid to take the oath of office outside of the US Capitol.

Both he and Vice-President-elect Kamala Harris are still expected to be sworn in outside the building, only two weeks after it was the site of a deadly raid by radical supporters of President Donald Trump opposing the election result.

Security officials are resolute there will be no repeat of the breach seen on 6 January - when thousands of pro-Trump supporters were able to break into the grounds of the complex where members of Congress were voting to certify the election result.

Chad Wolf, acting head of the Department of Homeland Security, said Monday that he had instructed the US Secret Service to begin special operations for the inauguration on Wednesday - six days early - "in light of events of the past week and the evolving security landscape".

Officials say up to 15,000 National Guard troops could be made available to fortify the event. 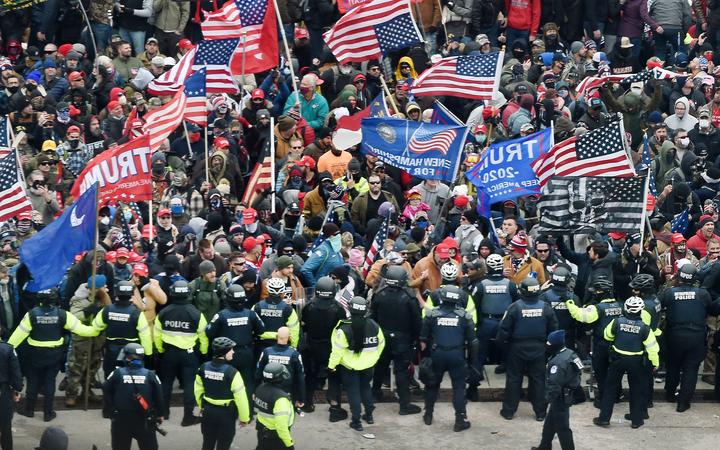 Trump supporters clash with police and security forces as they storm the US Capitol in Washington, DC. Photo: AFP

Later on Monday, Wolf became the third Trump cabinet secretary to step down since the Capitol riots, after Betsy DeVos and Elaine Chao.

Wolf's exit plunged his department into turmoil just as it gears up to handle security for the Biden inauguration. Wolf last week called on Trump to "strongly condemn" the protesters who stormed Congress.

The outgoing secretary said his departure had been prompted by "recent events", including court rulings challenging the legal validity of his appointment.

What further protests are planned?

Law enforcement around the country are said to be bracing for the possibility of further violence in the days before Joe Biden takes office.

Posts on pro-Trump and far-right online networks have called for protest action on a number of dates, including armed demonstrations in cities across the country on 17 January and a march in Washington DC on inauguration day itself.

An internal FBI bulletin, reported by ABC News and other outlets, carries a warning that one group is calling for the "storming" of state, local and federal courthouses around the country if Trump is removed from office early and on inauguration day if he is not.

Calls for Trump's resignation, removal from office or impeachment have grown among Democrats and some Republicans in the days following the riots.

Local police agencies have been told by federal law enforcement to increase security at statehouses following last week's violence, according to US media.

The Reuters news agency, citing a federal law enforcement official, said the FBI warnings are in place for all state capitals from 16 to 20 January itself and in Washington DC at least three days before the inauguration.

Reuters is also reporting that Trump on Monday approved an emergency declaration for Washington lasting through 24 January 24, after authorities warned of security threats to Biden's inauguration.

Although the violence at the US Capitol dominated headlines last week, similar smaller incidents were reported elsewhere in the country at the same time. 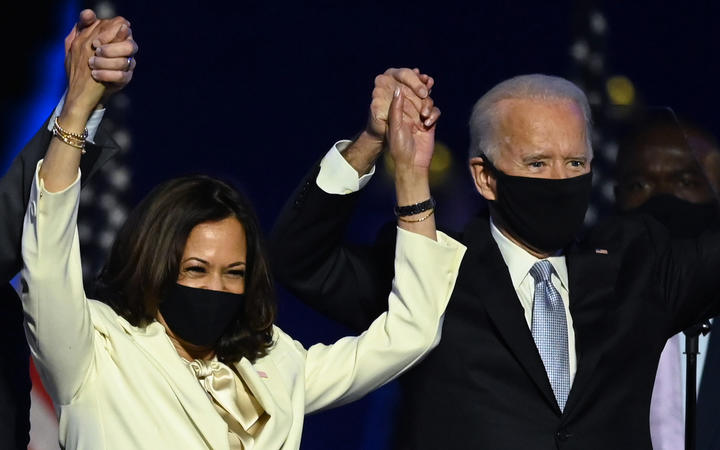 Joe Biden and Kamala Harris are still expected to be sworn in outside the Capitol building. Photo: AFP

What security is planned for the inauguration?

The US Department of Homeland Security confirmed on Monday that it would begin National Special Security Event (NSSE) operations for the inauguration six days early, starting Wednesday.

The designation allows a wide range of security and law enforcement agencies to coordinate together on special protective measures, like enforcing road closures and a secure perimeter.

The announcement came after Washington DC's Mayor, Bowser, went public with her appeal to bolster security after what she described as an "unprecedented terrorist attack" at the US Capitol last week.

She has also asked Americans to avoid travel to Washington DC for the event. Inaugurations traditionally draw hundreds of thousands to the streets of the capital, but the coronavirus pandemic had already curtailed those plans before security fears were heightened.

The chief of the National Guard Bureau, General Daniel Hokanson, said Monday that 10,000 troops will be in Washington DC by the weekend, with about 5000 more available if requested by local officials.

Elsewhere, the National Park Service announced that it has closed the Washington Monument to visitors amid "credible threats" of further violence.

"Groups involved in the January 6 2021 riots at the US Capitol continue to threaten to disrupt the 59th presidential inauguration on January 20," the service said in a statement, adding it could institute further temporary closures to other areas within the National Mall and Memorial Parks.

Speaking as he got his second Covid-19 vaccine on Monday, Biden said he was "not afraid" to take his oath of office outside despite security fears.

His inauguration committee has announced that the ceremony will be themed around "America United".

After being sworn in as president, Biden is expected to take part in a wreath-laying ceremony alongside former presidents Barack Obama, George W Bush and Bill Clinton to help underscore his message of unity.

Donald Trump has said he will not attend the inauguration - becoming the first president in more than 150 years not to do so.

What is the latest on impeachment efforts?

The warnings about further pro-Trump violence come as efforts move forward to impeach the president for his role in last week's deadly invasion of the Capitol.

An article filed in the House on Monday accuses Trump of "incitement of insurrection" during a rally in which Mr Trump alleged, without evidence, that November's presidential election was "stolen" from him.

Democrats say a vote on the article will go ahead in the House on Wednesday unless Vice-President Mike Pence invokes constitutional powers to remove Trump from office.

Trump has made no public statements since he was banned from several social media platforms - including Twitter - on Friday.

It comes as websites and social media networks crackdown against other users and websites seen to be encouraging violence - including social network Parler, which said Monday it was suing Amazon for removing it from its web hosting service.