Conservationist Pete Bethune is out of hospital and back on his ship, after being bitten by a highly venomous snake in Costa Rica. 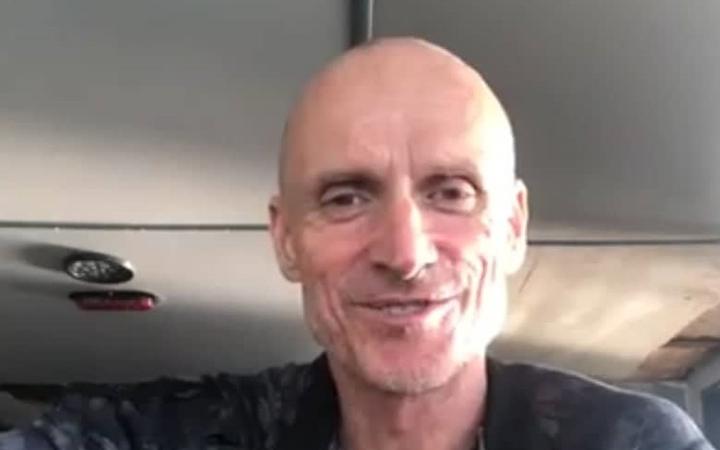 The New Zealander was left fighting for his life after his encounter with a Fer De Lance snake two weeks ago.

Bethune posted a video of him back on his ship to his Facebook account - his "snake bite day 14 update".

He said he was relieved to have come through the ordeal, but had some continuing health problems.

He said the leg that was bitten was also still stiff and he would need physiotherapy.

He also has an extended bladder, which meant his bladder had been over-stretched, and required a catheter bag for about another week.

Speaking from his "happy place", Bethune said a medical device used on his leg yesterday showed there was some dead tissue, but hopefully it would heal in time.

His right leg, where he had been bitten, was still swollen and the muscle was weak.

"In terms of flexibility it is pretty non-flexi at the moment, but I can walk, and my walk is not too awkward. Every time I start walking it's really, really tight, and then after about 20 or 30 metres it starts to gradually free up, so I really just need to clock up some miles on my leg and get it used to that movement again and gradually stretch it out."

Bethune showed viewers where the boat was - between the mariner, near town and close to bars. 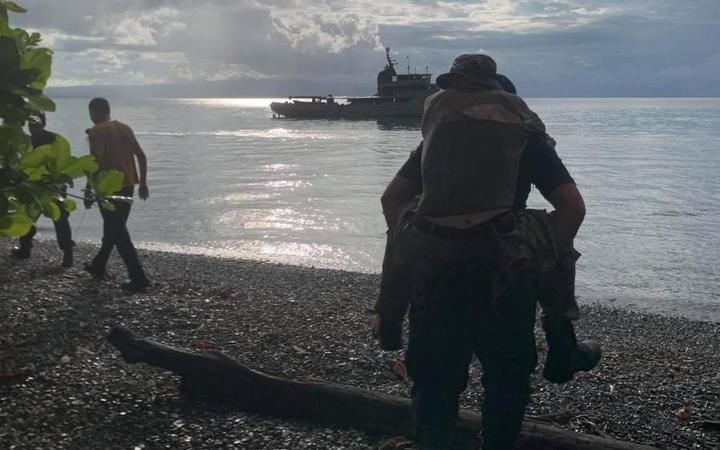 Conservationist Pete Bethune had to be carried out of a jungle in Costa Rica after being bitten by a fer-de-lance snake. Photo: GoFundMe / Earthrace Conservation

He has been on the ship, on and off, for about two years but it took a couple of months before it really felt like home, he said.

"It was so good to come home today, so, so good. And my crew are all happy to have me back. And I think when the captain's away initially there's sort of like 'this is all right, knock off at four', kind of thing.

"But I've been on the ship for two years and I know how everything works on the ship. When I leave there's a big loss of intellectual property, for want of a better word. So the crew are kind of like 'how does this work, how does that work', so in the end I think they were really happy to have me back."

He said they were a great crew and had been really busy while he was away, including erecting new LED lights.

Bethune said he would return to the jungle, despite the snake bite.

He said every year more than 100 rangers were killed, and every week about four environmental activists were killed - more than 200 a year.

"Because I'm a white guy from New Zealand does not give me a free pass to do the safe stuff. The rangers in Costa Rica and Africa and Asia, all of these rangers face risks, including getting bitten by snakes...the rangers all face risks and I have no ambition to side-step the job and just take on the safe things.

"I don't go out and seek risks, but there's a job that my team has here and I'm determined to play my part in it and there's risk that comes with that. Been bitten by a snake, it gave me my best shot, I'm still alive - and the snake is still alive, which is a good thing." 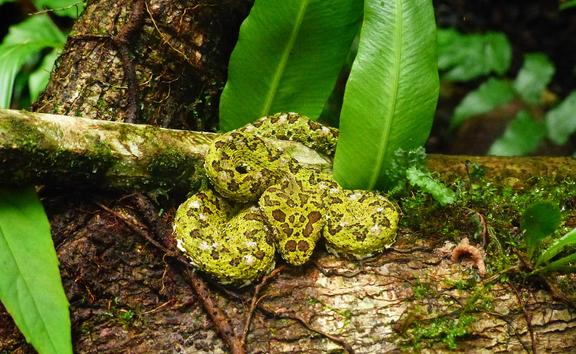 The Fer De Lance snake was part of the jungle's biodiversity and Bethune was grateful it was still alive.

Bethune said he hoped the Covid-19 vaccines would make travel a lot easier and said he'd like to return to New Zealand sometime this year.