Joe Biden could erase much of President Donald Trump's four-year legacy of energy and climate deregulation with the stroke of his pen, according to regulatory experts, but replacing it with something new and durable may prove trickier. 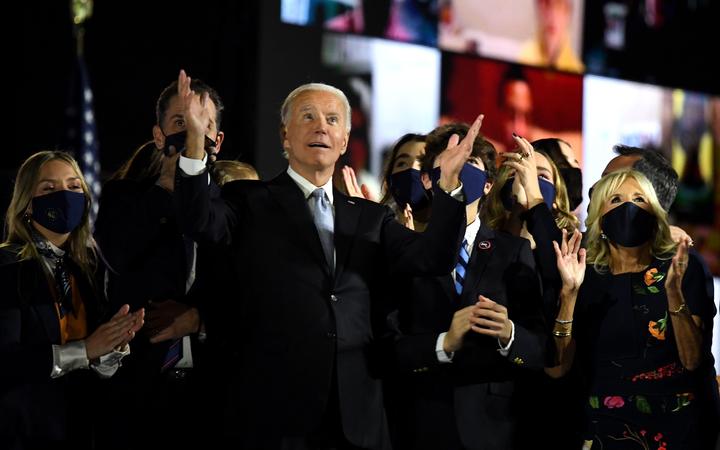 Trump's rollbacks are on shaky ground because most were done not through Congressional lawmaking but via presidential executive orders that can be easily torn up by a new administration. That means signature measures ranging from the withdrawal of the United States from the Paris climate agreement to the easing of vehicle emissions targets could vanish fast.

"Nothing Trump has sought to accomplish on climate change is secure," said Michael Burger, head of the Sabin Centre for Climate Change Law at Columbia University, which has been tracking Trump's deregulation efforts.

But building a lasting plan to replace Trump's regulatory agenda with an ambitious blueprint to fight global climate change may prove tough without a Democrat-controlled Congress to pass legislation. Republican lawmakers appear on track to retain a majority in the Senate, and have been reticent to adopt sweeping climate change measures.

The same issue dogged former President Barack Obama, who had also relied on executive authority to impose a raft of climate protections, due to a lack of support in his divided Congress. When he left office, Trump unwound them swiftly.

White House officials did not immediately respond to requests for comment.

Trump ran for his first term in the White House on a promise to unfetter the drilling, mining and manufacturing industries by slashing Obama-era green regulation and supporting new infrastructure permitting. Once in office, he moved quickly.

Biden has promised to rejoin the Paris Agreement quickly once he takes office and rescind many of Trump's rollbacks. But he has also pledged to usher in policies to make the United States economy carbon neutral by 2050 to fight global climate change, something that would require legislation.

Alden Meyer, an independent consultant and 30-year veteran of international climate negotiations, said the knowledge that presidents can radically shift U.S. climate polices underscores the need for Biden to accomplish something more lasting.

"The new administration should take the time to do this right and make sure the new (climate) pledge is credible and has political support," Meyer said.

"There has been a combination of sloppiness and impatience in rolling back regulations (under Trump)," said California Attorney General Xavier Becerra, whose state has filed more than 100 lawsuits to challenge Trump policies.

"In so many of our victories, we have defeated them on the Administrative Procedures Act, not even getting to the substance of the regulation," Becerra said.

The Trump administration has lost 84 percent of its energy- and environment-related lawsuits, according to New York University Law School's Policy Integrity Centre.

The Biden administration could stop defending the lawsuits that remain, effectively killing the policies at issue.

But Biden's administration could also draw lawsuits from fossil fuel interests if it replaces Trump's policies through executive or administrative orders, and may have trouble defending itself in a judiciary with many conservative Trump appointees.

Biden is expected to lean on the Federal Energy Regulatory Commission, a little-known government panel, to help push through some of his climate policy without new legislation, including decarbonising the power grid by 2035.

Michael Gerrard, also of the Sabin Centre, said the most lasting impact of Trump's energy and environment policy may be felt on federal lands, after several years of record auctions that gave would-be drillers millions of acres of leases.

While Biden has promised to end new permitting for drilling on federal lands, many companies hoarded permits in the run-up to the election, according to previous Reuters reporting.

"If there is a 30-year lease, you can't take it away. A lease is binding for its term," Gerrard said.

The Interior Department under Trump auctioned more than 24 million acres of land, an area larger than Indiana, according to the House Natural Resources committee.