Fourteen passengers have been detained in Melbourne after they arrived from New Zealand under the trans-Tasman bubble arrangements. 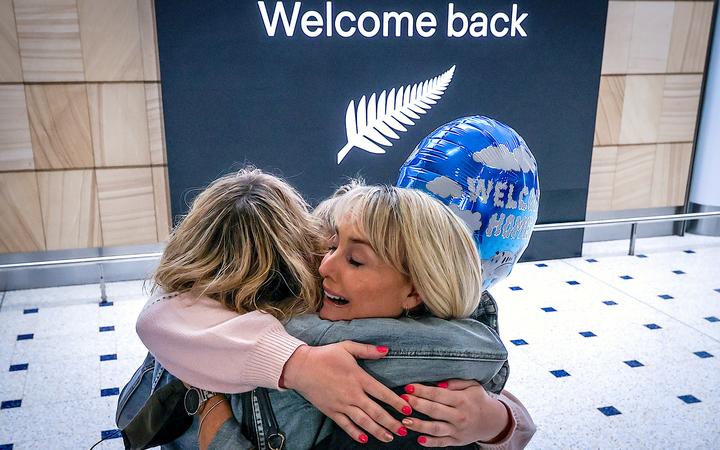 Loved ones reunite after the first flights from New Zealand arrive in Sydney. Photo: AFP

The ABC understands the passengers flew to Sydney and got a connecting to flight to Melbourne.

Australian Border Force (ABF) has been contacted for comment.

Three flights from New Zealand touched down at Sydney Airport earlier today carrying international passengers who, for the first time in seven months, will not need to quarantine upon arrival.

At Sydney Airport there were tears and hugs as loved ones reunited, with many passengers flying one-way.

NSW Health Minister Brad Hazzard described it as a "great day", but pointed out New Zealanders arriving today would need to prove they are symptom-free and satisfy other health requirements.

There will be a total of 16 flights between the two countries each week, with Jetstar and Qantas joining Air New Zealand and Qatar Airways in advertising the trans-Tasman flights.