Facebook has explicitly banned Holocaust denial for the first time as boss Mark Zuckerberg says his "thinking has evolved". 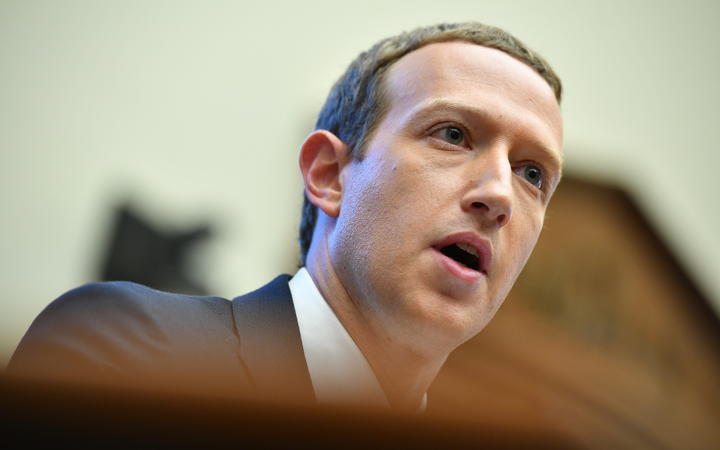 Facebook boss Mark Zuckerberg wrote that he had "struggled with the tension" between free speech and banning such posts, but that "this is the right balance".

Two years ago, Zuckerberg said that such posts should not automatically be taken down for "getting it wrong".

"I'm Jewish and there's a set of people who deny that the Holocaust happened," he told Recode at the time.

"I find it deeply offensive. But at the end of the day, I don't believe that our platform should take that down because I think there are things that different people get wrong. I don't think that they're intentionally getting it wrong."

His remarks led to a large public backlash.

But on Monday, as Facebook changed its policies, he wrote that he had changed his mind.

"My own thinking has evolved as I've seen data showing an increase in anti-Semitic violence, as have our wider policies on hate speech," he wrote in a public Facebook post.

"Drawing the right lines between what is and isn't acceptable speech isn't straightforward, but with the current state of the world, I believe this is the right balance."

Earlier this year, Facebook banned hate speech involving harmful stereotypes, including anti-Semitic content. But Holocaust denial had not been banned.

Facebook's vice-president of content policy, Monika Bickert, said the company had made the decision alongside "the well-documented rise in anti-Semitism globally and the alarming level of ignorance about the Holocaust, especially among young people".

She said that later this year, searching for the Holocaust - or its denial - on Facebook would direct users to "credible" information.

But she also warned change would not happen overnight, and training its employees and automated systems would take time.

The World Jewish Congress - which had conferred with Facebook on anti-Semitism - welcomed the move.

"Denying the Holocaust, trivialising it, minimising it, is a tool used to spread hatred and false conspiracies about Jews and other minorities," the group said in a statement.

But it also noted that it had campaigned for the removal of Holocaust denial content from the platform "for several years".

Jonathan Greenblatt, chief executive of the Anti-Defamation League, tweeted: "This has been years in the making.

"Having personally engaged with Facebook on the issue, I can attest the ban on Holocaust denial is a big deal ... glad it finally happened."