Australia pledged billions in tax cuts and measures to boost jobs to help pull the economy out of its historic Covid-19 slump in a budget that tips the country into its deepest deficit on record. 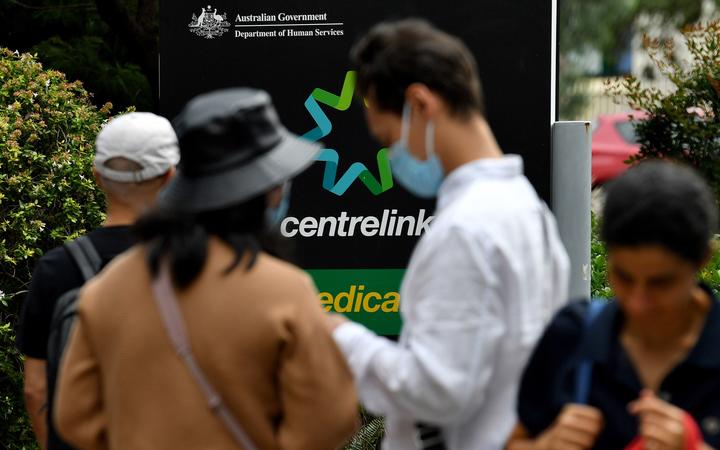 People wait in a queue to receive benefit payouts, including unemployment support, at a Centerlink payment centre in Sydney in March. Photo: AFP

Prime Minister Scott Morrison's conservative government has unleashed $A300 billion in emergency stimulus to prop up growth this year, having seen the coronavirus derail a previous promise to return the budget to surplus.

Treasurer Josh Frydenberg on Tuesday announced $17.8 billion in personal tax cuts and $5.2 billion in new programmes to boost employment in a recovery plan aimed at creating one million new jobs over the next four years.

The measures are forecast to push the budget deficit out to a record $213.7 billion, or 11 percent of gross domestic product, for the fiscal year ending 30 June 2021.

The government said it will spend A$4 billion over the next year to pay businesses that hire those under the age of 35 as it targets youth unemployment.

Under new programme, the JobMaker hiring credit, businesses will get $200 a week for each new employee aged between 16 and 29. For new eligible employees aged 30 to 35, they will get $100 a week.

The federal government says it expects about 450,000 jobs will be supported under the scheme. Businesses and employees will need to meet further eligibility requirements to take part.

Some of these cuts will be retrospectively backdated to 1 July 2020.

The government's highly expansionary budget comes shortly after the central bank's policy decision on Tuesday, at which it kept interest rates at a record low and flagged reducing high unemployment rate as a national priority.

The Reserve Bank of Australia has slashed interest rates this year to 0.25 percent and pumped billions into the bond market to keep credit flowing to the economy.

The fiscal and monetary support this year has helped restore consumption and business confidence and bring the unemployment rate down to 6.8 percent.

Frydenberg has pledged to pare the heavy fiscal support once the unemployment rate falls "comfortably below 6 percent". 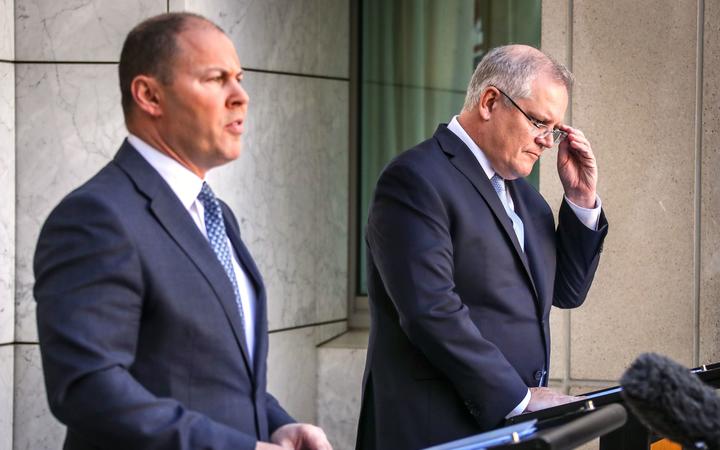 Australia delayed the release of this year's federal budget, which usually takes place in May, as the coronavirus upended most of the economic assumptions underlying its projections.

While most of the measures announced on Tuesday were not new, the government affirmed its strategic priorities that include boosting domestic energy production and manufacturing and infrastructure investment.

Frydenberg said the plans would "ensure Australian manufacturing plays an even greater role in our economic recovery".

Gross debt projected to rise above $A1 trillion

Australia's unemployment rate hit a 22-year high of 7.5 percent in July as businesses and borders closed due to strict lockdown measures to deal with the coronavirus.

While the number of deaths and infections in Australia from Covid-19 has been low compared with many other countries, the hit to GDP has been severe. Underlying the budget forecasts was an assumption that a vaccine would be developed in 2021.

Australia's $A2 trillion economy shrank 7 percent in the three months ended June, the most since records began in 1959.

S&P Global Ratings said Australia remained only one of 11 countries with the highest credit rating of AAA, albeit with a negative outlook, and said fiscal recovery would take years.