President Donald Trump deflected an opportunity to condemn white supremacists during the presidential debate, briefly telling one group to "stand back and stand by" before pivoting to attacking left-wing activists. 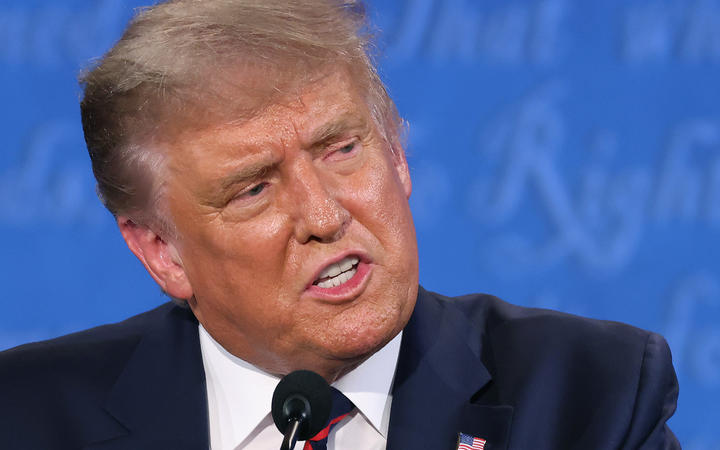 During a segment on race relations, moderator Chris Wallace asked Trump if he was willing to denounce "white supremacists and militia groups" and tell them to stand down, rather than add to the violence that has marred anti-racism protests in some US cities.

Multiple senior federal officials, including at the FBI and Department of Homeland Security this month have warned that white supremacist groups pose a rising threat of violence in the United States.

Trump initially replied by blaming "the left wing" for violence, before saying he was "willing to do anything".

"What do you want to call them? Give me a name," Trump said, prompting Biden to mention the Proud Boys, an organization that describes itself as a club of "Western chauvinists" but has been categorized as a hate group by the nonprofit Southern Poverty Law Center.

"Proud Boys, stand back and stand by," Trump said, before immediately pivoting. "But I'll tell you what, somebody's got to do something about antifa."

Antifa, which stands for anti-fascist, is a largely unstructured, far-left movement whose followers broadly aim to confront those they view as authoritarian or racist.

At least one Proud Boy organizer, Joe Biggs, celebrated the group's mention on the social media platform Parler, saying: "President Trump told the proud boys to stand by because someone needs to deal with ANTIFA...well sir! we're ready!!" according to screenshots posted by a New York Times reporter on Twitter.

Biden has often said he decided to run for president after white supremacists attacked counter-protesters in Charlottesville, Virginia, in 2017 and Trump said there were "fine people on both sides."

While Trump has sought to distance himself from that comment, he has also been accused of downplaying the threat of white supremacists, even as his own administration has warned of the danger.

Last week, Chad Wolf, the acting homeland security secretary, told a congressional hearing that white supremacists were the most persistent extremist threat in the country.