French President Emmanuel Macron has condemned as "unspeakable" the defacing of a memorial at the site of one of the worst atrocities carried out by the Nazis in France during World War Two. 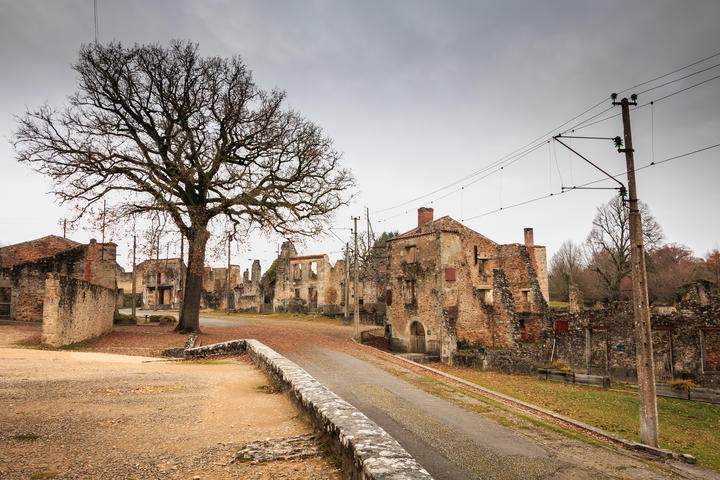 The remains of houses destroyed by fires during a German army massacre of the village of Oradour-sur-Glane at the end of WWII. Photo: 123rf

Images of an inscription at the site in the village of Oradour-sur-Glane show the word "martyr" in the text "martyr village" replaced with "liar".

The village was destroyed by SS troops in 1944, with 642 inhabitants killed.

The old village's ruins are preserved just as they were after the massacre.

After the war, a new village was built nearby.

Philippe Lacroix, the mayor of Oradour-sur-Glane, said he was shocked, adding: "We know what happened here but obviously there are always people who try to tell lies."

Macron said that everything would be done to track down and punish those responsible for the vandalism.

The act has been widely condemned by French officials.

Prime Minister Jean Castex said he felt "anger" when he heard of the incident. "To soil this place... is also to soil the memory of our martyrs," he said.

"Shame on those who did this," Justice Minister Eric Dupond-Moretti tweeted.

French Interior Minister Gérald Darmanin described the vandalism as "spitting on the memory of our martyrs".

What happened to the village?

On 10 June 1944, a detachment of SS troops surrounded the tiny hamlet of Oradour-sur-Glane in the Limousin region of south-central France. 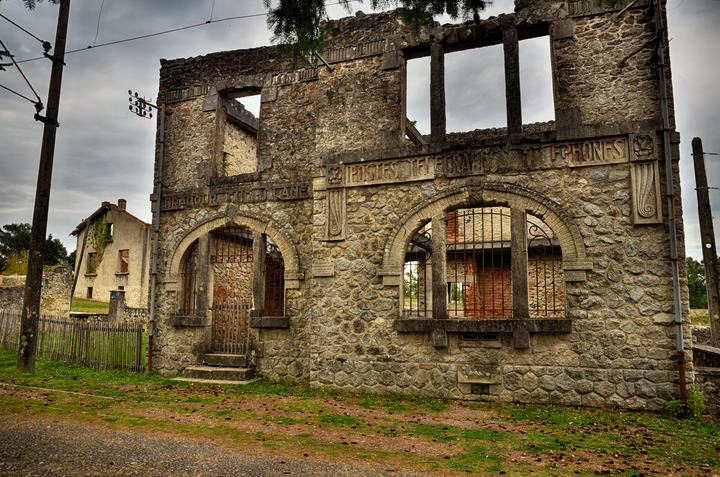 A German Waffen-SS company killed 642 citizens of the village of Oradour-sur-Glane in June 1942. Photo: 123rf

Most of the victims were women and children. Many of them were herded into a local church into which hand grenades were thrown before it was set on fire.

The men were locked in a barn. Machine-gunners shot at their legs, then doused them in petrol and set them alight.

It is believed by some that the troops were seeking retribution for the kidnap of a German soldier, but some say resistance members were based in a different, nearby village.

An investigation years later saw some 60 soldiers brought to trial in the 1950s. Twenty of them were convicted but all were later released.

French leader General Charles de Gaulle said the ruins of the village should remain as a reminder of the cruelty of the Nazi occupation.