Spain's former king Juan Carlos is leaving the country, the royal palace announced, weeks after he was linked to an inquiry into alleged corruption. 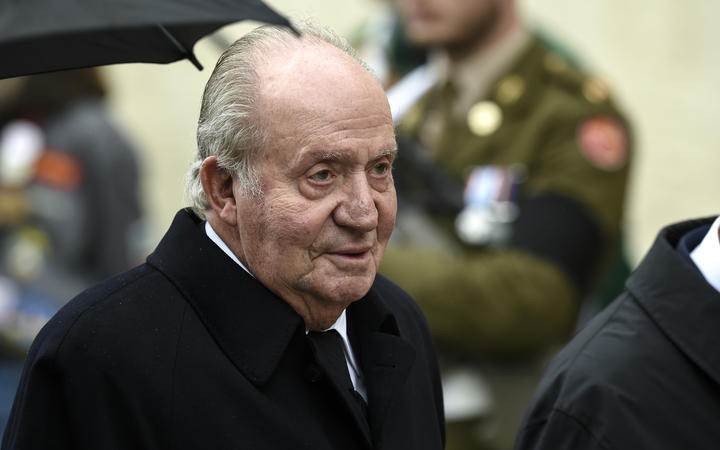 File photo. Juan Carlos is under investigation in Spain and Switzerland. Photo: AFP

Juan Carlos, 82, made the announcement in a letter to his son, Felipe, to whom he handed power six years ago.

He said he would be available if prosecutors needed to interview him.

In June, Spain's Supreme Court opened an investigation into the alleged involvement of Juan Carlos in a high-speed rail contract in Saudi Arabia.

El Mundo newspaper reported the former king had already left the country. It was not immediately clear where the former monarch would live.

Juan Carlos abdicated in 2014 after nearly 40 years as king following a corruption investigation involving his daughter's husband and a controversial elephant hunting trip the monarch took during Spain's financial crisis.

In the letter, the former monarch wrote that he was making the decision "in the face of the public repercussions that certain past events in my private life are generating" and in the hope of allowing his son to carry out his functions as king with "tranquillity".

"Guided by the conviction to best serve the people of Spain, its institutions, and you as king, I inform you of my decision at this time to go into exile outside Spain.

"A decision I make with deep emotion but with great serenity," the letter said.

The statement from the Zarzuela palace said that King Felipe VI had conveyed "his heartfelt respect and gratitude" to his father for this decision.

In March, King Felipe VI renounced the inheritance of his father. The royal palace also said at the time that Juan Carlos would stop receiving an annual grant of €194,000.

What is the corruption investigation about?

Spain's Supreme Court has said it aims to establish Juan Carlos's connection with the Saudi project after his abdication in June 2014. At that point he lost his immunity from prosecution.

The probe involves Swiss banks too.

Spanish anti-corruption officials suspect that the former king kept some undeclared funds in Switzerland, and a Swiss investigation is under way.

The Spanish government has said that "justice is equal for all" and it would "not interfere" in the inquiry.