A lawyer who shot dead a female judge's son before turning the gun on himself had ranted online about "Feminazi rule". 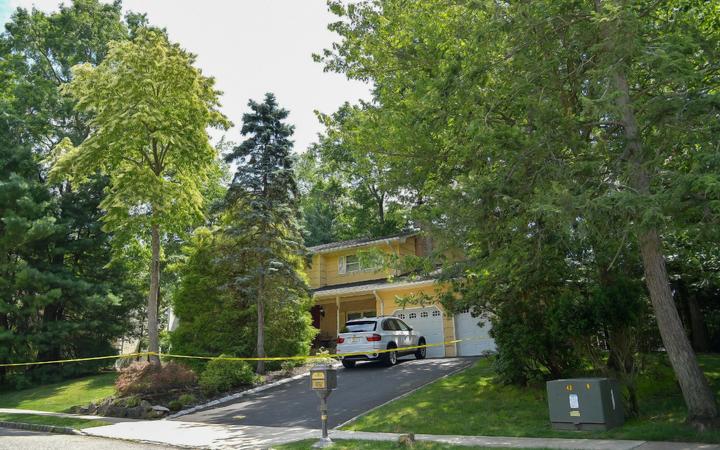 The gunman dressed as a FedEx delivery man before opening fire at their North Brunswick home, police said.

Den Hollander wrote on his website about the jurist, who is the first Hispanic woman to serve as a federal judge in New Jersey.

A package addressed to Judge Salas was found inside his car, sources said.

Who was the suspect?

The suspect was named in a statement from the US attorney's office for the district of New Jersey.

Den Hollander was a self-described "anti-feminist" lawyer who had sued nightclubs over ladies' night discounts, the federal government over a law protecting women from violence and a university over women's studies courses.

He also brought a lawsuit before Judge Salas in 2015 challenging the male-only military draft.

Den Hollander had also published a 1700-page memoir online, detailing more of his thoughts. He had written that he was diagnosed with melanoma cancer two years ago.

"Death's hand is on my left shoulder... nothing in this life matters anymore," he wrote in his screed.

The suspect's body was discovered near Liberty in New York's Sullivan County, about 210km from the crime scene, according to CBS News.

The motive for the attack was unclear. A local mayor and family friend said Judge Salas had received threats in the past.

Friends of the family told US media that Judge Salas' 20-year-old son Daniel Anderl, a student, opened the door at the family home in North Brunswick about 5pm local time (21:00 GMT) on Sunday and was fatally shot.

The judge's husband, Mark Anderl, 63, was then shot several times. Anderl, who works as a criminal defence lawyer, was taken to hospital and was in a critical but stable condition, family said.

Judge Salas was reportedly in the basement at the time of the attack.

North Brunswick Mayor Francis Womack, who is a friend of the Salas family, told ABC News that as a judge, Esther Salas "had threats from time to time but everyone is saying that recently there had not been any".

Daniel Anderl, the couple's only son, was due to resume university at the Catholic University of America in Washington in the autumn.

In a 2018 profile in New Jersey Monthly, Judge Salas said she thought her son would someday pursue a career in law, like his parents.

"I don't want to dissuade him, but I was pulling for a doctor," she told the magazine. "He's been arguing with us since he could talk - practising his advocacy skills."