Dame Vera Lynn, who has died at the age of 103, was Britain's wartime Forces' Sweetheart, and remained one of the country's most potent symbols of resilience and hope. 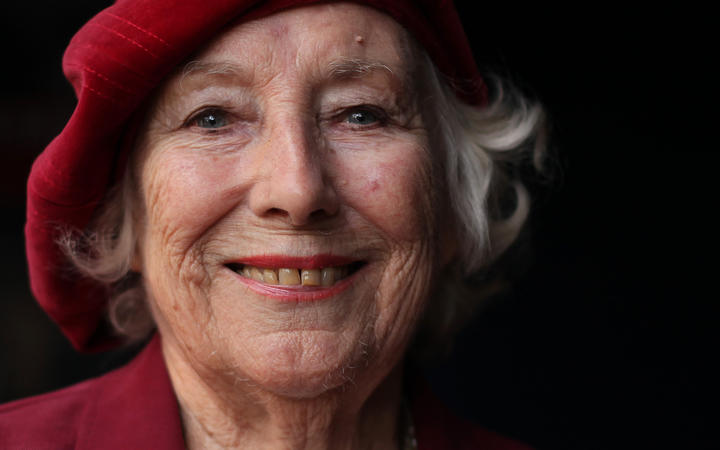 With songs such as We'll Meet Again and The White Cliffs of Dover, she inspired both troops abroad and civilians at home during World War Two.

As Britain's cities came under attack, her wistful songs, with their messages of yearning and optimism, were heard in millions of British homes.

And 75 years later, the country turned to her once again as it faced another stern test.

She was born Vera Margaret Welch on 20 March 1917 in the London suburb of East Ham, the daughter of a plumber.

She discovered her talent for singing at an early age and was performing in local clubs when she was seven. By the time she was 11, she had abandoned school for a full-time career as a dancer and singer in a touring music hall revue.

She was a soloist by the age of 16, fronting a number of bands who were still clinging to the more genteel musical traditions in the face of an onslaught from be-bop and jazz.

Lynn was self-effacing, unlike many of the singing stars of the day, and her gentle persona quickly endeared her to audiences.

Her broadcasting debut came in 1935, singing with the Joe Loss Orchestra, which led to regular radio appearances and widened her circle of fans.

But in 1939, war intervened. As families gathered around the wireless to listen to Prime Minister Neville Chamberlain's announcement that Britain was at war with Germany, Lynn remembered thinking: "Oh well, bang goes my career."

But when she volunteered for war work, she was told the best thing she could do was to keep on being an entertainer.

This was reinforced when, in a 1939 poll by the Daily Express, she was voted by servicemen as their favourite entertainer, and gained her Forces' Sweetheart nickname.

In the same year, she first sang We'll Meet Again, the song that more than any other came to be associated with World War Two.

ts underlying message of hope - that scattered families would eventually be reunited after the conflict - struck a chord with troops abroad and their relatives at home.

Her down-to-earth style quickly established her as the public's favourite antidote to the misery of the blackout and the Blitz.

With appearances at the London Palladium and Holborn Empire, Vera Lynn proved a national tonic in the anxious days at the beginning of the war.

In 1941 she married musician Harry Lewis. "I don't think I thought much of him at first," she later said. "He wooed me with chewing gum." But the union lasted six decades until his death. Lewis also became her manager.

She was given her own radio programme and, thanks to the BBC's shortwave transmitters, could be heard across the world.

Lynn spent the war years entertaining the troops, performing in hospitals and army camps, and travelling as far as India and Burma. She stayed in tents and grass huts, and "went goodness knows how long without a bath".

Of her journeys to such threatening territory, she explained: "It was so important to get entertainment to the boys."

Vera Lynn's success continued well into peacetime and, in 1952, she became the first British artist to have a number one hit in America with the song Auf Wiedersehen, Sweetheart.

And two years later, she had her only British number one single with My Son, My Son.

She never retired and was always happy to move in new directions, notably with a cover of Abba's Thank You For The Music. However, it was plain that the public, including those born long after the war, wanted to hear her perform her classic songs.

In 2009, at the age of 92, Lynn became the oldest living artist to top the British album chart, outselling both the Arctic Monkeys and the Beatles, with whom she shared the top 10.

The singer had a realistic approach to her fame. "I don't live in the past," she once said, "even though I have never been allowed to forget it."

As well as making frequent appearances at veterans' reunions, Lynn was a tireless charity worker for hundreds of organisations. In 1992 she founded the Dame Vera Lynn School for Parents and Handicapped Children.

In a 2005 speech, she remarked: "We should always remember, we should never forget, and we should teach the children to remember."

In 1976 Lynn was made a dame and in 2000 she was named as the Briton who best exemplified the spirit of the 20th Century.

A great friend of another wartime idol, the Queen Mother, Dame Vera made her last public singing performance in front of her in 1995.

The place was Buckingham Palace, and thousands of people had gathered to celebrate the 50th anniversary of the end of the war.

The singer was well into her eighth decade, but could still deliver a heart-wrenching tune.

Twenty-five years later, the impression made by Dame Vera's songs and contribution was shown to be as deep as ever. The UK was facing another crisis - and a virus, rather than a foreign army, was the foe this time.

In a televised address in April, the Queen evoked Dame Vera's wartime message, assuring families and friends who were separated during the coronavirus pandemic: "We will meet again."

Just two weeks earlier, Dame Vera herself had sent a message on her 103rd birthday, calling on the British public to find "moments of joy" during these "hard times".

Then in May, We'll Meet Again was used during the finale of the BBC's coverage of the 75th anniversary of VE Day. Dame Vera appeared in a virtual duet with Katherine Jenkins, while key workers also joined in with the song.

That led an album that had been released for her 100th birthday - featuring contributions from younger singers including Alfie Boe, Alexander Armstrong and Cynthia Erivo - to re-enter the UK top 40.

After a lifetime of service to her country, Dame Vera was still held as the embodiment of the best of the British spirit.