An Indian officer and two soldiers were killed in a "violent faceoff" with Chinese troops on the contested border, the Indian Army said on Tuesday, reporting the first casualties in decades to result from a clash between the nuclear-armed neighbours. 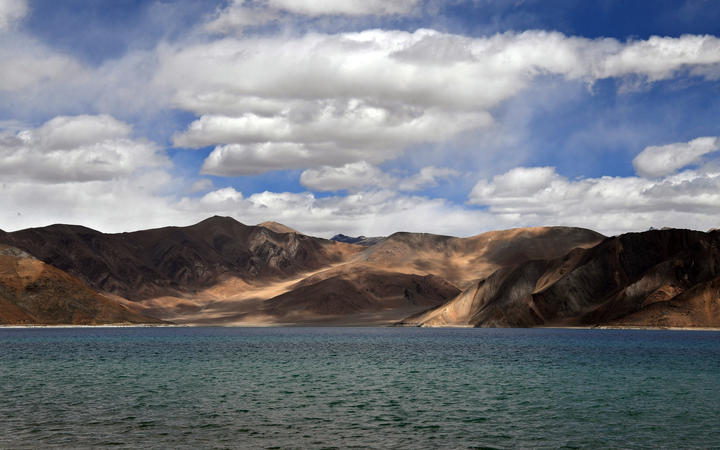 A general view of the Pangong Lake in Leh district of Union territory of Ladakh bordering India and China. Photo: AFP

India and China have been locked in a standoff in the Galwan valley in western Himalayas for weeks with both accusing each other of trespassing into the other's territory.

The Indian army said there had been an incident on Monday and both sides had suffered casualties.

"During the de-escalation process underway in the Galwan Valley, a violent face-off took place yesterday night with casualties on both sides," the army said.

"The loss of lives on the Indian side includes an officer and two soldiers. Senior military officials of the two sides are currently meeting at the venue to defuse the situation."

India and China fought a brief border war in 1962 and have not been unable to settle their border dispute despite talks spread over two decades.

Border guards have had skirmishes, even fisticuffs when patrols have confronted each other, but there has been no loss of life for more than 30 years.

The Chinese foreign ministry called on India not to take any unilateral action or stir up trouble.

A ministry spokesman in Bejing said there was a serious violation of the consensus reached by the two countries when Indian troops provoked and attacked Chinese personnel, leading to a serious physical conflict.

The Asian giants have rival claims to vast swathes of territory along their mountainous 3500 km border, but the disputes have remained largely peaceful since the 1962 war.

Indian military officials said previously Chinese soldiers had entered into India's side of the Line of Actual Control (LAC) or the de facto border at several locations in early May.

Since then both sides have held talks but there had been no breakthrough.

"This is extremely, extremely serious, this is going to vitiate whatever dialogue was going on," former Indian army commander D. S. Hooda said.