The Covid-19 coronavirus may be gone from New Zealand's shores, but it is still widespread around the world.

Here's the latest about the coronavirus worldwide. 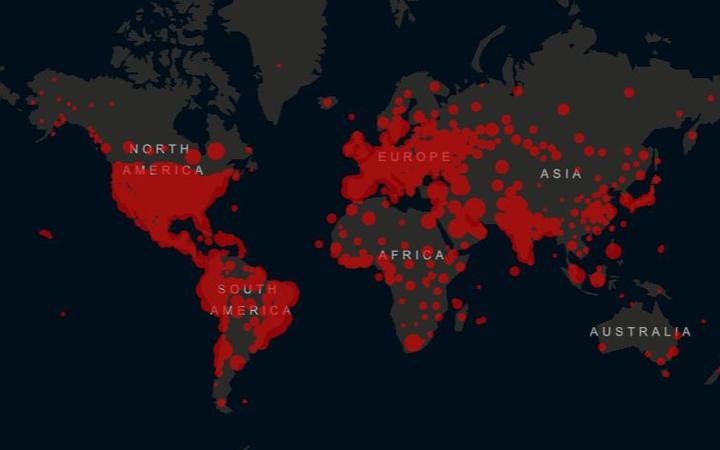 Beijing reported its second consecutive day of record new numbers of Covid-19 cases on Monday, with 36 new cases. This was the same as a day earlier and the city's highest daily infection count since late March.

The recent outbreak has been traced to a major wholesale food market, Xinfadi, which accounts for 80 percent of Beijing's farm produce supply sourced both domestically and from overseas.

As three other provinces reported new cases linked to the Beijing cluster, several provinces warned their residents against non-essential travel to the capital and implemented isolation protocols for travellers from parts of Beijing with heightened levels of risk.

Not quite borderless Europe

From Iceland to Greece, many travel restrictions for European Union and Schengen visitors will ease on Monday, but it will not be a return to unfettered travel for the Schengen area's 420 million inhabitants. Instead, the right of travel will depend on where you live and where you are going.

Some countries like Greece and Britain will mandate quarantines, but Spain will not allow foreign tourists until 21 June, with exceptions on some Spanish islands, and the Czech Republic has a traffic-light system, barring entry for tourists from 'orange' or 'red' countries such as Portugal and Sweden.

Peruvian peasant brigades who battled leftist rebel groups decades ago are now doling out rough justice in a bid to slow the spread of the novel coronavirus in the Andean country, which has the region's second-highest number of cases after Brazil.

The elected community militias, who in normal times address cases such as infidelity and robberies of chickens or go after badly behaved mayors, judges and other officials, say they now use lashes to punish those breaking quarantine.

"According to the crime, you can punish with lashes," Aladino Fernandez, the president of a group in the northern highland region of Cajamarca, told Reuters.

It was party time this weekend for the gorillas at London Zoo - complete with treats such as nuts, leeks and broccoli to eat and bunting in their treehouses - as they got ready to see visitors for the first time in nearly three months.

The zoo, which closed in March as Britain went into coronavirus lockdown, opens again on Monday, albeit with restrictions such as limits on visitor numbers, one-way routes and paw-print markers to ensure social distancing.

"Of course the animals have been missing the visitors, the gorillas have really been looking out for people," said Daniel Simmonds, team leader of primates at the zoo. "I am absolutely sure they are going to be really excited when they see lots of friendly visitor faces visiting them tomorrow."