Hong Kong police have for the first time in 30 years banned the large vigil held in Hong Kong each year to mark the Tiananmen Square crackdown. 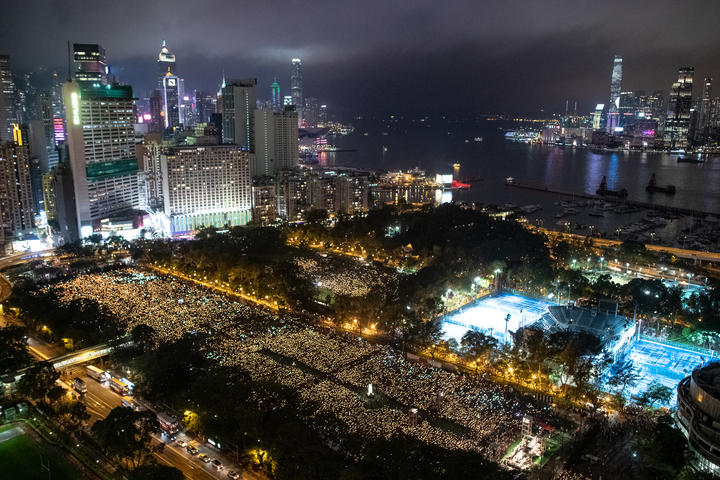 Authorities said the decision was due to health concerns over coronavirus. However, there are fears this may end the commemorations, as China seeks to impose a new law making undermining its authority a crime in the territory.

Hong Kong and Macau are the only places in Chinese territory where people can commemorate the deadly 1989 crackdown on pro-democracy protesters.

In mainland China, the authorities have banned even oblique references to the events of 4 June, which came after weeks of mass demonstrations that were tolerated by the government.

Whether the commemoration will be allowed to go ahead in Hong Kong next year - when the new law targeting what Beijing considers to be terrorism and subversion in the territory will most likely be in force - is unclear.

The proposed law has come under widespread international criticism, with seven former UK foreign secretaries urging Prime Minister Boris Johnson to form a global alliance to coordinate the response to what they called "flagrant breach" of Sino-British agreements.

Hong Kong was handed back to China from British control in 1997 under the "one country, two systems" model. 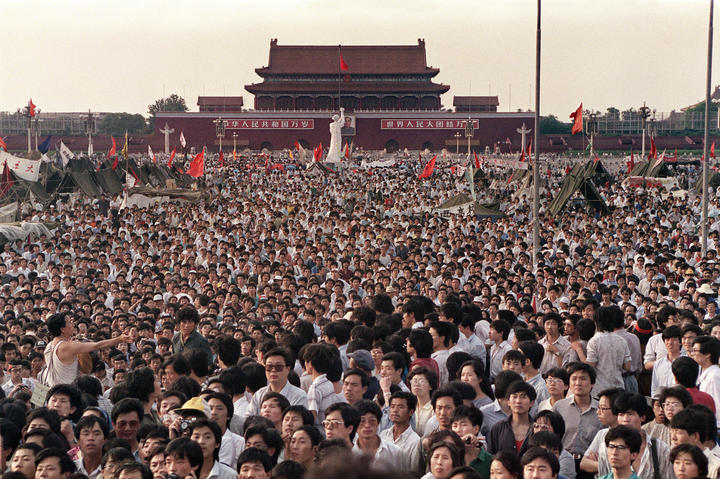 This file photo taken on 2 June 1989 shows people gathered at Tiananmen Square during a pro-democracy protest in Beijing. Photo: AFP

Lee Cheuk Yan, the chairman of the Hong Kong Alliance in Support of Patriotic Democratic Movements of China, said the "unreasonable" ban on this year's vigil means the end to Hong Kong's "one country, two systems".

The vigil in Hong Kong is a large event - last year, organisers said 180,000 people came together in the city's Victoria Park. Police put the number of attendees at under 40,000.

The alliance said people could come to the Victoria Park in a group of eight people - allowed under coronavirus regulations - and hold candles while observing social distancing.

Lee also urged the people to commemorate the Tiananmen crackdown in different parts of the city, and the alliance will also organise an online event around the globe.

What happened at Tiananmen Square in 1989?

Pro-democracy protesters occupied Tiananmen Square in April 1989 and began the largest political demonstrations in communist China's history. They lasted six weeks, with as many as a million people taking part.

On the night of 3 June tanks moved in and troops opened fire, killing and injuring many unarmed people in and around Tiananmen Square.

Afterwards the authorities claimed no-one had been shot dead in the square itself. Estimates of those killed in the crackdown range from a few hundred to several thousand.

China has never given an official figure for how many people died.