JK Rowling has surprised fans with the announcement of a brand new children's book, which she is publishing in daily instalments on her website for free. 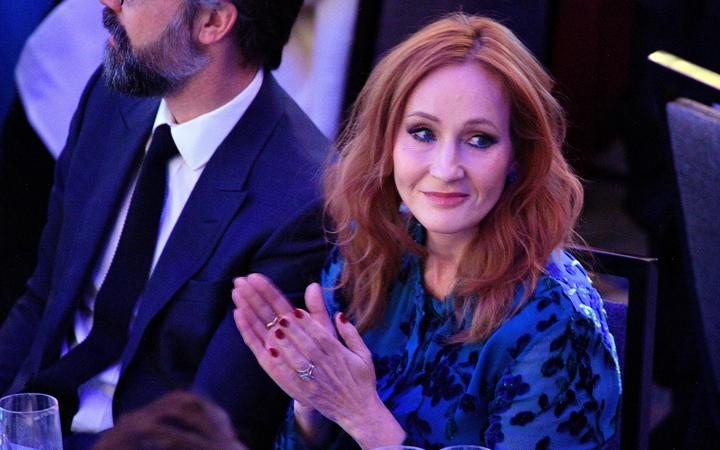 The Ickabog is her first children's story not to be linked to Harry Potter. She wrote it over a decade ago for her own children and has now dusted it off.

It's for "children in lockdown, or even those back at school during these strange, unsettling times", she said.

She had previously referred to it only as an unnamed "political fairytale".

Readers also learned about the myth of a fearsome monster called The Ickabog, which is "said to eat children and sheep".

The author said she originally intended to release the story after the seventh and final Harry Potter novel came out in 2007.

But she decided to take a break from publishing, and put the manuscript in her attic.

"Over time I came to think of it as a story that belonged to my two younger children, because I'd read it to them in the evenings when they were little, which has always been a happy family memory," she wrote on her website.

A few weeks ago, she suggested to her children that she might retrieve it from her loft.

"My now teenagers were touchingly enthusiastic, so downstairs came the very dusty box, and for the last few weeks I've been immersed in a fictional world I thought I'd never enter again.

"As I worked to finish the book, I started reading chapters nightly to the family again.

"This was one of the most extraordinary experiences of my writing life, as The Ickabog's first two readers told me what they remember from when they were tiny, and demanded the reinstatement of bits they'd particularly liked (I obeyed)."

Opening the box was like opening a time capsule. Most of the story was handwritten, but bits had been typed up. When I put it into some kind of order (I'm not renowned for my filing skills) I had a patchwork first draft.

It will be published as an actual book in English in November, with all author royalties going "to help groups who've been particularly impacted by the pandemic".

She has also asked young readers to draw their own illustrations, with the best pictures to be included in the published books.

"I want to see imaginations run wild!" she wrote. "Creativity, inventiveness and effort are the most important things: we aren't necessarily looking for the most technical skill!"

The story is about truth and the abuse of power, Rowling explained.

"To forestall one obvious question: the idea came to me well over a decade ago, so it isn't intended to be read as a response to anything that's happening in the world right now.

"The themes are timeless and could apply to any era or any country."

I’m showing the Ickabog’s first ever readers these pictures as they come in, and this one got a big ‘aaaaah’ #TheIckabog https://t.co/63mMFbtrNF

It was in a 2007 interview with Time Magazine that she first said she was writing a "political fairytale". She later revealed she had written the text on her fancy dress outfit for her 50th birthday in 2015 - when she went as a lost manuscript.

Tuesday's announcement is confirmation she was referring to The Ickabog.

A theme of inequality is clear from the story's first chapter.

Most of Cornucopia was a "magically rich land" with happy people and fine, abundant food, readers are told.

But in the northern tip lived the Marshlanders, who scraped by on meagre resources. They had "rough voices, which the other Cornucopians imitated", and were the butt of jokes about "their manners and their simplicity".