French police have seized 140,000 face masks they say were destined for sale on the black market. 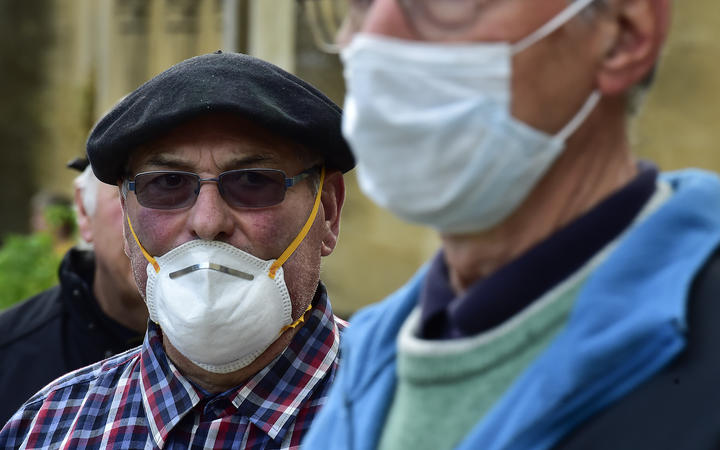 Officers said they caught a businessman unloading the masks from a lorry into a house in St Denis, north of Paris.

Meanwhile in China, the authorities have confiscated 89m poor-quality face masks. The country has faced criticism over poor-quality exports.

In Germany, medical wholesalers say they have almost run out of masks. From Monday it will be compulsory for people to cover their faces in shops and on public transport in the country.

The prices of masks online and in French shops had tripled before all stocks were requisitioned.

The seized masks included 5000 high specification (FFP2) masks for use with coronavirus patients. About a third were surgical masks.

The seller appeared to have a list of clients including company bosses, the newspaper said.

A second suspect was a 46-year-old who was allegedly about to buy some of the stock to sell on.

There have been several seizures of masks in the Paris region since the pandemic began, including 29,000 masks found in Aubervilliers and 32,000 masks sezied in Saint-Ouen, both to the north of Paris.

The huge seizure of masks there comes after several countries, including Spain, the Netherlands and Turkey, had to recall hundreds of thousands of items of poor-quality imported equipment.

The country's third-biggest supplier, Gehe of Stuttgart, said demand was outstripping supply despite stockpiling in anticipation of the new measures.

Many German states have stressed that a scarf across the nose and mouth will be acceptable.

Other countries including the UK have been reluctant to order people to cover their faces in public, partly for fear of draining supplies from hospitals.

In the US, members of the public have been advised to use clean cloth or fabric to cover their faces whilst in public. Officials have stressed that medical masks are in short supply and should be left for healthcare workers.

The Czech Republic also urged people to make their own cloth masks when it made it obligatory several weeks ago to wear one in public.

Researchers say a non-medical mask may help protect others from an infected wearer, but will do little to ward off the virus.