A shopper has attempted to return thousands of dollars' worth of supplies to an Australian supermarket after stockpiling them at the start of the coronavirus panic buying outbreak, a retailer says. 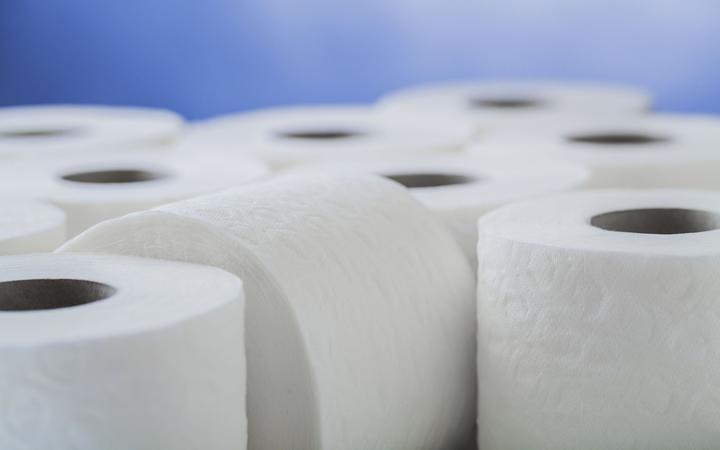 The man, who had tried and failed to re-sell the goods online, was turned down for a refund when he approached an Adelaide supermarket.

Drakes Supermarkets director John-Paul Drake said the man called the supermarket to try to get a refund on 132 packs of toilet rolls and 150 one-litre bottles of hand sanitiser.

He said the shopper bought the goods, worth around $10,000, with the help of a "team" of stockpilers when panic buying surged about four weeks ago.

"In that conversation [the shopper said] 'my eBay site has been shut down, so we couldn't profiteer off that'," Drake told ABC Radio Adelaide.

Drake described that kind of stockpiling as "absolutely disgraceful", and said it was the reason that supermarkets had had to "band together" to introduce purchasing limits on products like toilet paper and hand sanitiser during the coronavirus crisis.

"The rest of my team [is] over this sort of behaviour and having to police people taking more than they need - that's a tough thing to deal with," he said.

"I never thought I'd been in a situation that I'm seeing here.

"It's not necessarily being sold here or used here, or hoarded here - it's being marked up [online] for a considerable amount."

Last month, Australia's competition watchdog flipped a key rule of consumer law in response to the coronavirus pandemic, allowing supermarkets to work together to ensure shoppers can get food at a fair price.

Usually supermarkets and suppliers working together in the market would be dubbed collusion, and would be punishable by huge fines from the competition regulator.

But in a temporary measure, the Australian Competition and Consumer Commission (ACCC) allowed supermarkets to coordinate with each other "when working with manufacturers, suppliers, and transport and logistics providers".

The authorisation, which applies to Coles, Woolworths, Aldi and Metcash, which runs IGA supermarkets, did not allow supermarkets to agree on retail prices for products.

The ACCC said the interim ruling was intended to "ensure the supply and the fair and equitable distribution of fresh food, groceries, and other household items to Australian consumers."