A job advertisement for two rangers to look after an uninhabited tropical island is being billed as the best two jobs in the world. 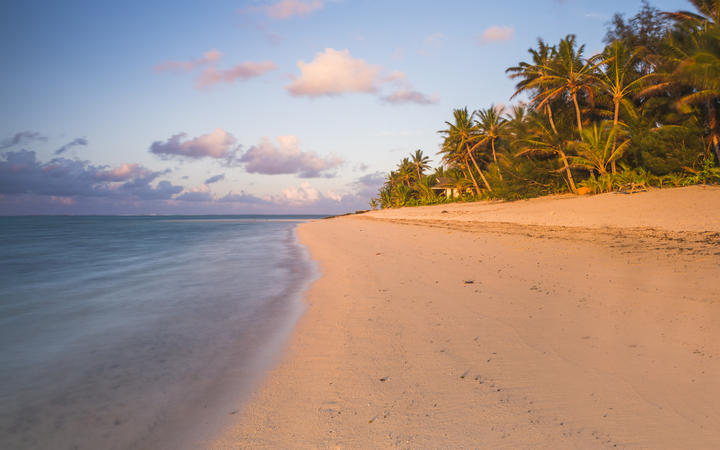 Fishing, snorkelling and peace of mind is on offer at the remote island. Photo: AFP

The Cook Island's National Environment Service is on the search for the rangers, preferably a couple, to live on and take care of the atoll of Manuae, an Rarotonga island three hours boat trip from Aitutaki, far away from any concerns over Covid-19.

One of the last people to live there was Faimau Pupuke Robati, who spent six months there in 1985, when he was 14.

"It was absolutely pristine then," he told Cook Islands News.

Robati had accompanied his older late brother Sema and fishery workers from Rarotonga on the MV Ravakai, to Manuae.

The crew lived in one of the old buildings that was built during the copra production days.

"We lived on fish, rice, kuru, and the island was clean," he said.

"Seafood was plentiful, the Ravakai would deliver ice that would keep the fish chilled."

"The reef was bare of paua about a kilometre from each side of the passage, the island was a mess with manmade rubbish, and asbestos roofing lying around that government needs to clean-up."

Robati said he had expressed his interest to live on Manuae to take on the role of caretaker for no wages, but now the role is being advertised.

Environment Service director Nga Puna said he was saddened and disappointed at the state of Manuae when he visited last year.

"There was a lot of marine litter brought to its shore by the tides, cans and plastic left behind by people and scattered roofing iron from homes built in the copra days," said Puna.

"It was demoralising to see that vast amount of work that needed to be done."

In February, Puna attended a meeting on Aitutaki with the executive of Manuae's landowners, the Aitutaki island council and members of parliament.

"All present unanimously agreed for the National Environment Service to manage the place," said Puna.

"It's a milestone for us, with assistance from Marine Resources, we can rebuild Manuae."

The last draft regarding the island was drawn up in 2006.

"Ideas for plans to keep the motu and wet lands protected including Te Au O Tu are already stated in the draft," said Puna. "At the moment there are no regulations in place."

"We want to assist, to restore the island back to its natural beauty."

The advert seeks two peopled, aged 40 or under, preferably with a background on Aitutaki. They should have at least 10 years' boat handling experience, on the lagoon and outside the reef, and must be a jack-of-all-trades.

"Apart from boat handling, you will also be the mechanic, the electrician, the builder, tractor operator, the planter, the chef, the cook, the fisherman, etc."

First choice will be given to couples, and the arrangement is for a year - just long enough to see out the worst of the Covid-19 pandemic.