News is emerging of growing numbers of deaths from coronavirus in care homes across Europe. 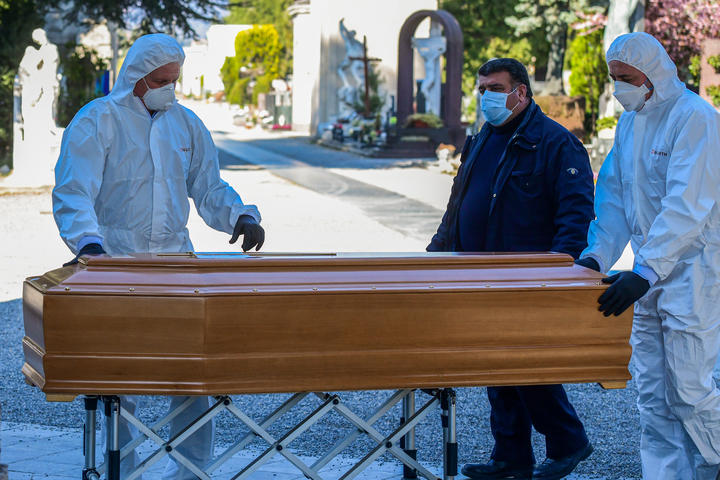 Undertakers unload a coffin at a cemetery in Bergamo, Lombardy, as burials of people who died of the new coronavirus are being conducted one every half hour. Photo: AFP

Deaths can be invisible, coffins are hard to hide.

Outside the Rothschild care home in Paris, a delivery van pulls up to unload its pale wooden cargo, still wrapped in factory plastic.

A delivery man tells one waiting journalist, it is "non-stop".

The gates of the care home are firmly shut. Sixteen people have died here from suspected coronavirus, another 80 are infected. 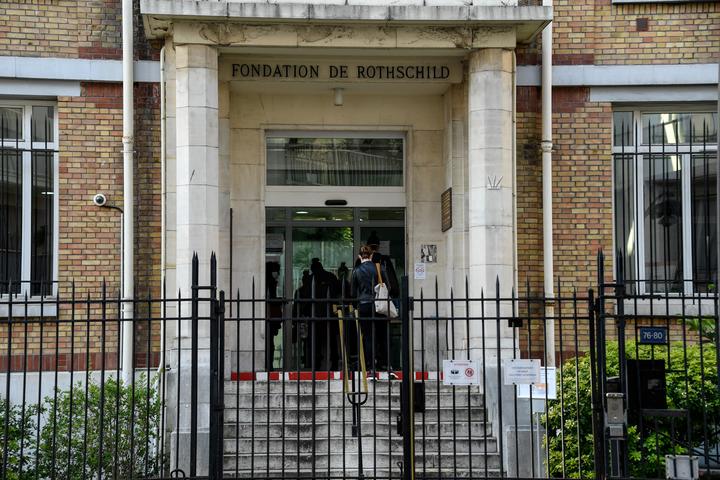 Sixteen people have died at the Rothschild care home in Paris Photo: AFP

Shuttered from the outside world

More than a third of care homes in the Paris region alone are thought to have been affected by covid-19. But while hospital deaths are recorded in the daily toll of coronavirus, deaths in care homes are not.

Alexandre Sanner works as a doctor for another care home, in Vosges, in the east of France, where at least 20 people have died.

"There was a cluster of about fifty people with fever, followed by severe pneumonia," he said. "At the height of the epidemic here, there must have been 25 or 30 patients on oxygen."

Few of the cases in France's retirement homes are ever tested for the virus, once an initial outbreak in the facility has been confirmed. But day after day, stories are emerging of double-digit death tolls inside these institutions, now virtually shuttered from the outside world. 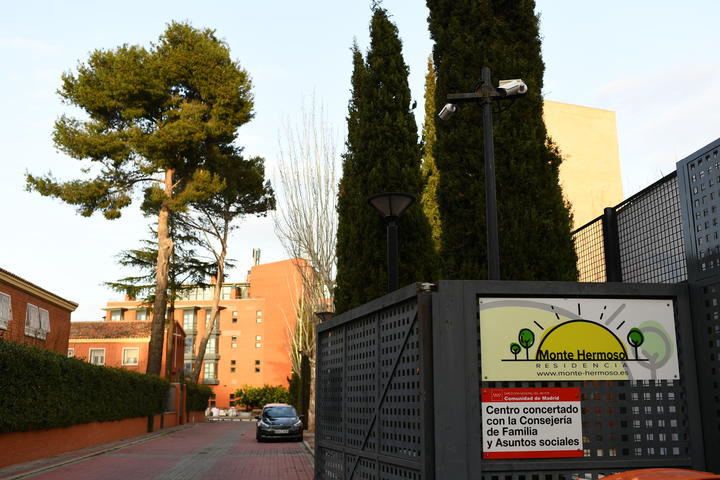 Monte Hermosa rest home in Madrid, where relatives estimated at least 15 people have died from Covid-19, and were pleading for more information about their loved ones. Photo: AFP

As Italy and Spain have so far counted Europe's biggest and deadliest outbreaks, so have the elderly in care homes borne the most painful brunt, enveloped by twin crises of mass infection and staffing shortages.

In Italy, hundreds of deaths have been reported in residential homes in Bergamo in the north, while 83 elderly residents went without food at a home for two days in the south because staff had to go into quarantine.

Alarm at runaway death rates in Spain's care homes was first raised at Madrid's Monte Hermoso centre, where at least 20 died from coronavirus. Military units were dispatched to care homes around the country, offering emergency assistance and disinfecting more than 1,300 centres. 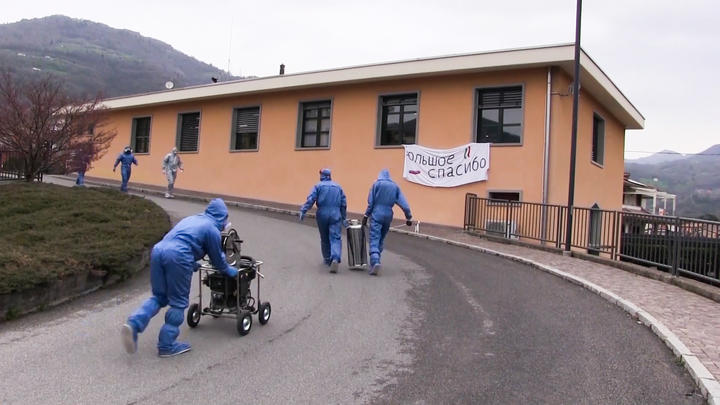 A Russian military team arriving at an assisted living facility in Vertova, Italy, to disinfect against the Covid-19 coronavirus. Photo: Russian Defence Ministry

The arrival of authorities often comes too late. Twenty-three people were found dead in another Madrid residence, including two of the nuns who provided care.

In a home in Alcoi, near Alicante, 26 out of 130 residents died. More than 1,600 residents of care homes died in the first four weeks of March, with more than half believed to have fallen victim to Covid-19.

Relatives express anger at the lack of information about the outbreaks, while workers explain that already insufficient staffing levels and a lack of protective clothing quickly lead to a state of collapse as carers come down with the virus and have to self-isolate.

France is launching a new app to count coronavirus cases inside care homes, and include them in its national totals. France's most senior health official has said that numbers could spiral as a result.

The speed of this epidemic has left the government racing to catch up. 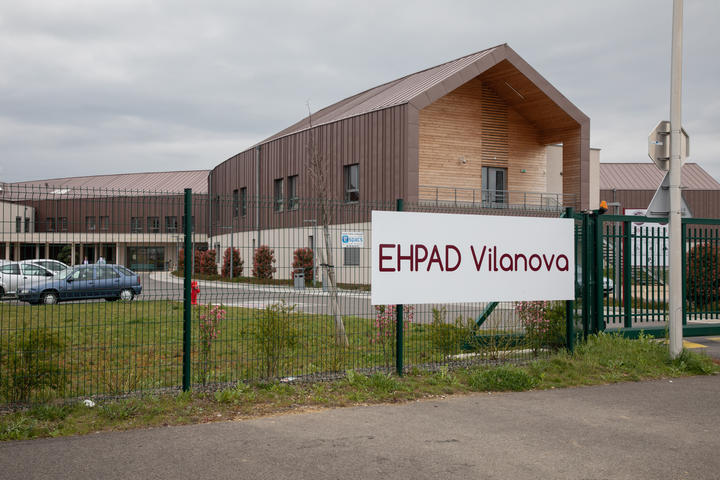 Staff at the Ehpad Vilanova rest home in France have begun living in lock-down with residents to protect them from Covid-19. Photo: AFP

'There's nothing we can do'

At the beginning of March, President Emmanuel Macron visited a care home to talk about protection from the virus. He was filmed sitting at a table, surrounded by elderly residents: no face-masks; no social distancing.

A few days later, all visits to France's retirement homes were banned. And last week, the government said all residents should be individually isolated in their rooms.

But care workers say that they are now the biggest risk to residents.

We talked to one nurse, who wanted to be known just as "Carol". She said that some homes had been keeping masks in reserve, and not giving them to staff.

And with many staff away sick or in isolation themselves, she says, the spread of this virus is very hard to control.

"As soon as the coronavirus enters a care home, it's all over," she told me.

"There's nothing we can do. Since we don't have enough staff, it'll be dramatic. Once the virus enters the home, there'll be a huge number of deaths."

'The fight has only just begun'

Space in hospital life-support units in the Paris region is now critically low and there are shortages of some drugs.

The health minister has said France will begin mass testing of its population, and has ordered a billion face-masks to protect healthcare staff.

The prime minister Edouard Philippe has extended the national quarantine for another two weeks.

"The fight has only just begun," he said, warning that the first half of April would be "even more difficult" than the previous 15 days.

Every night, French residents stand at their open windows to applaud the country's medical staff.

Solidarity with doctors, nurses and care-home workers is one thing. But polls suggest that trust in the government has plummeted, even before the wave of this epidemic has peaked.