Russian President Vladimir Putin has postponed a vote on constitutional change that would allow him to stay in power, because of coronavirus concerns. 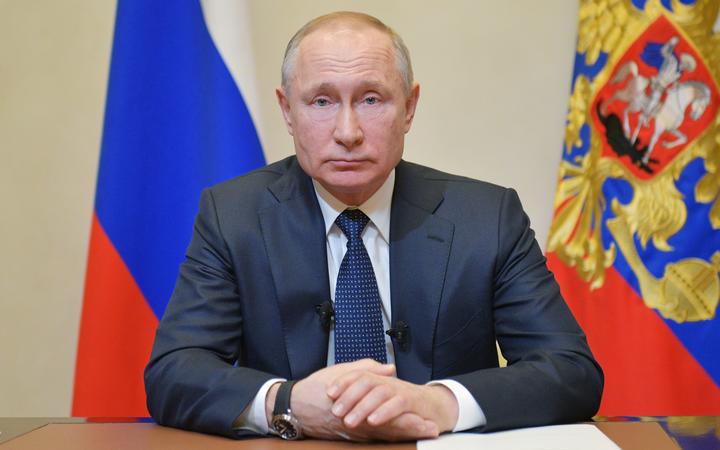 Russian president Vladimir Putin during his address to the nation on the Covid-19 pandemic. Photo: AFP

He said the public vote - previously due to be held on 22 April - would be delayed until a "later date".

The proposed changes include scrapping a ban on allowing Putin to run for office again.

The changes have already been approved by parliament and Russia's constitutional court.

They would give Putin - who is serving his fourth presidential term and has dominated Russian politics for two decades - the right to serve two more consecutive terms.

Later on Wednesday Russia confirmed the deaths of two people who had been diagnosed with the virus. The 88 and 73-year-olds had pre-existing conditions, Ria Novosti reported. Russia has a total of 658 cases.

"The absolute priority for us is the health, life and safety of people. Therefore I believe that the vote should be postponed until a later date," Putin said.

Putin also announced that Russians would not work next week "to slow the speed" of the infection.

But he warned that it was impossible to prevent any spread of the virus at all in Russia because of the country's size.

The Russian economy was also under serious pressure because of the virus, Putin said.

He also announced extended welfare support, including for families with children and those who had lost jobs.

Russia has already taken measures such as a two-week quarantine for people arriving from abroad, school closures and warning for elderly people in Moscow to self-isolate.

It has also stopped cultural and sporting events and closed gyms, cinemas and nightclubs, although cafes and restaurants have been allowed to stay open.

But the country has so far stopped short of imposing the kind of lockdown seen in some European countries.