Covid-19's relentless march across the globe continues, with a desperate call for nations to "test, test, test", the mooting of a 30-day travel ban across Europe, markets plunging further and news testing of a vaccine is to begin. 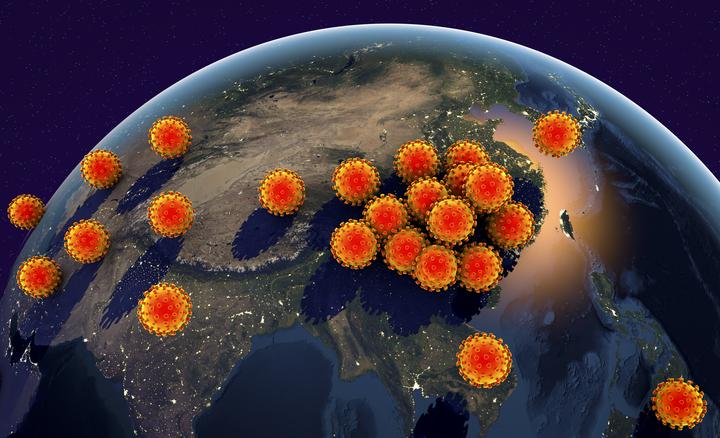 "We have not seen an urgent enough escalation in testing, isolation and contact tracing, which is the backbone of the response."

In the United States, where President Donald Trump has insisted the situation is under control, the Surgeon General Dr Jerome Adam warned: "When you look at the projections, there's every chance that we could be Italy."

Italy, meanwhile, reported 349 more deaths, taking the number there to more than 2150.

The figures followed European Commission President Ursula von der Leyen's call for a 30-day ban on all non-essential travel across the EU.

"The less travel, the more we can contain the virus," Ursula von der Leyen said. "We think non-essential travel should be reduced right now in order to not spread the virus further, be it within the EU or by leaving the EU."

Other countries, including Egypt, Malaysia and the Philippines instigated tough new travel rules, in some cases banning internal movement too.

While containment measures remain the focus, a vaccine trial is reportedly beginning in the US today, the Associated Press reported. 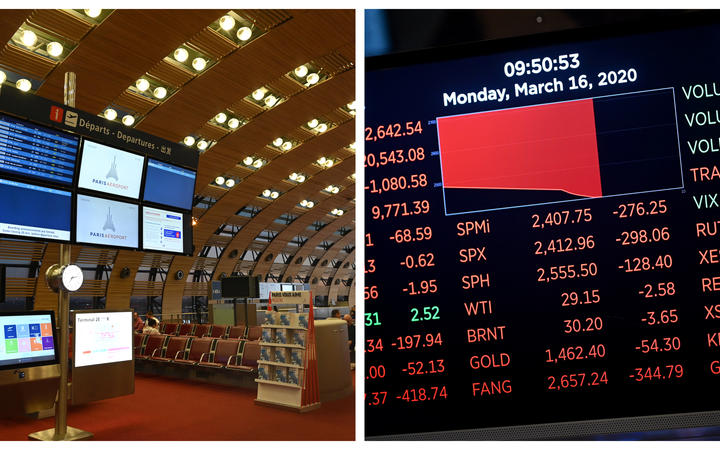 A composite picture of an empty Charles de Gaulle airport in Paris and the New York Stock Exchange. Photo: AFP

The trial, taking place at the Kaiser Permanente Washington Health Research Institute in Seattle, will involve 45 young, healthy volunteers who will be given shots of the vaccine.

The report said it was likely to still take a year for it to be fully tested and approved.

Meanwhile, Wall St investors again voted with their feet, trading halted after the Dow plunged nearly 12 percent before recovering some ground. In the UK the FTSE lost another 4 percent, meaning it has fallen 20 percent in a week.

And if things weren't already tough enough, there is a warning in Britain toilet paper substitutes could block essential sewage systems.