A Japanese man has been sentenced to death for a stabbing rampage in 2016 which resulted in the death of 19 disabled people at a care home. 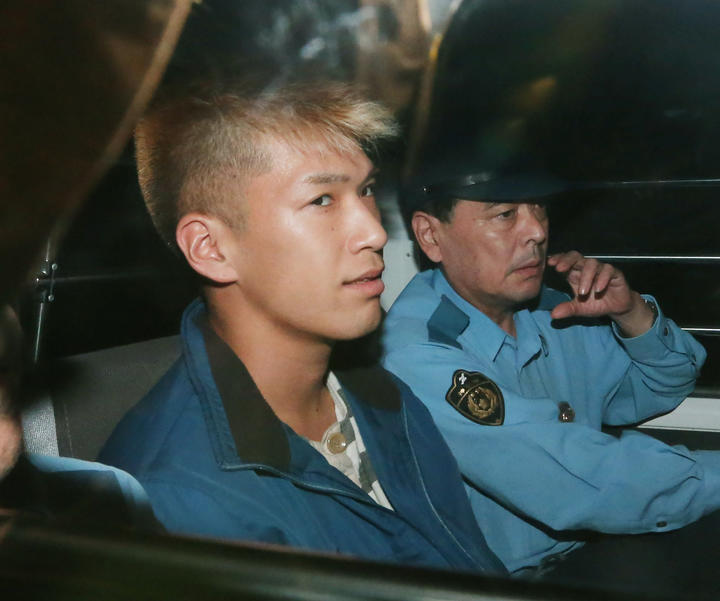 Satoshi Uematsu when he was detained in 2016. Photo: AFP

Satoshi Uematsu said people with disabilities who were unable to communicate well had no human rights, said broadcaster Kyodo.

The 30-year-old had once worked in the care facility, located near Tokyo.

The case is one of Japan's worst mass killings and has shocked people in a country where violent crime is rare.

A few months before the attack, Uematsu had taken a letter to Japan's parliament saying he would kill 470 severely disabled people if authorised.

The Yokohama District Court on Monday ordered him to death.

Uematsu previously said he did not plan to appeal against any verdict or sentence.

During the trial earlier this year, the former employee of the Sagamihara care home did not dispute that he stabbed his victims.

But his defence team pleaded not guilty, citing their client's mental state. They said he had been under the influence of drugs at the time.

"He abused marijuana and suffered from mental illness," his lawyer said.

"He was in a condition in which either he had no capacity to take responsibility or such a capacity was significantly weakened."

There were traces of marijuana found in his blood after the attack.

Prosecutors though insisted Uematsu was mentally competent and that the rampage was "inhumane" and left "no room for leniency".

The attack has also raised the issue of how disabled people are treated in Japan.

The identities of most of those killed have not been revealed by their families, reportedly because they do not want to reveal they had a disabled relative.

Before the start of the court hearing, however, one mother whose 19-year old daughter was killed in the attack revealed that her first name was Miho.

"Even the most extreme penalty is light for you," the mother said according to public broadcaster NHK. "I will never forgive you."

"Please bring back my most precious daughter... you're still alive. It's not fair. It's wrong. I demand capital punishment," she added.

What happened during the attack?

On 26 July 2016, Uematsu drove to the Tsukui Yamayuri-en care facility outside of Tokyo, armed with several knives.

He entered one of the buildings by breaking a window and began attacking sleeping residents one by one in their rooms, according to the prosecution.

His 19 victims were aged between 19 and 70, according to Japanese news agency Kyodo. Another 25 people were wounded, 20 of them seriously.

Soon after the attack, Uematsu handed himself in at a police station.

The facility, set in extensive grounds, had about 150 residents at the time of the attack, according to local officials. Nine staff members were on duty at the time.

It later emerged that a few months before the attack Uematsu had taken a letter to Japan's parliament saying he would kill 470 severely disabled people if authorised.

He was subsequently taken to hospital but released after two weeks. Since his arrest, he had shown no remorse.