Every Briton over the age of 70 will be told "within the coming weeks" to stay at home for an extended period to shield them from coronavirus, Health Secretary Matt Hancock has said. 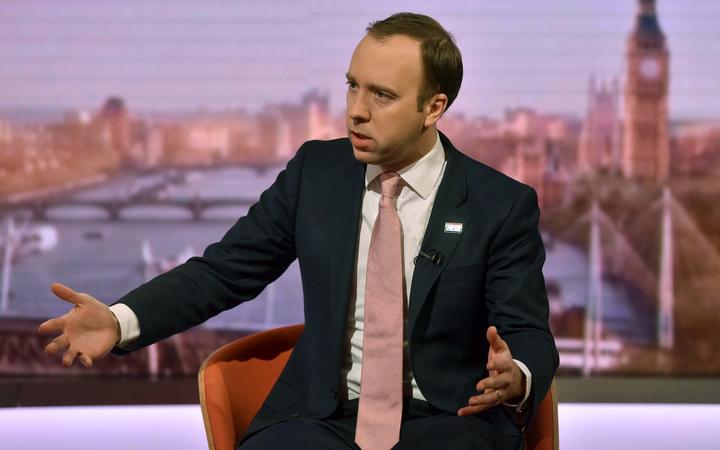 Britain's Health Secretary Matt Hancock tells the BBC people over the age of 70 will be told to stay at home for an extended period. Scotland will not require the elderly to stay home. Photo: AFP / Jeff Overs / BBC

He told the BBC the advice will not come into force just yet but when it does it will last "a very long time".

It comes as 14 more people have died in the UK after testing positive for the virus, bringing total deaths to 35.

The total number of confirmed UK cases of the virus has reached 1372, with a total of 40,279 people being tested, according to the latest figures released by the Department of Health and Social Care.

Of the 14 patients that died, all were aged between 60 and 90, and most had underlying health conditions, according to the latest information released by hospital trusts.

It comes after 34 new cases were announced in Wales, 32 in Scotland and 11 in Northern Ireland.

The number of people to have tested positive for coronavirus stands at 1372, with a total of 40,279 people having been tested as of 9am on Sunday.

People self-isolating with mild symptoms of the virus are not being tested, with the government prioritising tests for those "most at risk of severe illness".

Over-70s and younger people with certain health conditions will need to remain at home and have groceries and vital medication delivered, the health secretary said.

Scotland will not require elderly to stay home

The Scottish government has set out its interpretation of the strategy, saying it had no plans to isolate the elderly, but would instead "ask them to reduce social contact".

Jeane Freeman, Hancock's counterpart in Scotland, said: "We don't want people who are elderly to be stuck in their homes alone not contacting anyone, with their families not able to be in touch with them and to help them.

"What we're saying to them is, reduce your contact."

The Scottish government has also published its guidance that gatherings of 500 people or more should not take place in Scotland.

Although it does not have the power to call off events, it has urged organisers to "act responsibly" in cancelling large gatherings from Monday to help the efforts of emergency services.

All the UK deaths from the virus so far have been among people aged over 60 or with underlying health conditions.

Hancock told the BBC's Andrew Marr people without symptoms would be able to visit older relatives and friends so long as they stayed two metres - or six feet - apart from them.

He said car manufacturers, weapon makers and army suppliers would be asked to change their production lines to make ventilators for use in hospitals treating coronavirus - which can cause severe breathing problems.

Digger manufacturer JCB said it has been approached by Prime Minister Boris Johnson to see if it could help with the production of ventilators.

The company chairman, Lord Bamford, said it is "unclear as yet" whether it can assist, but its research and engineering teams are "actively looking" at the request.

The health service is to stop non-urgent surgery and implement a huge training programme to retrain medics from other specialisms to treat those who become seriously ill with the Covid-19 disease.

"We will stop at nothing to fight this virus and I think people have got the impression otherwise," Hancock said.

Hancock said there were 5,000 ventilators available at the moment, but that many times that number would be needed.

Work is also under way to buy up thousands of private hospital beds to boost NHS capacity should it be needed and the possibility that empty hotels may be requisitioned has not been ruled out.

Hancock declined to give details of when the over-70s would be asked to self-isolate or how long the advice would last, saying: "We want to be ready to say that when we judge, based on the scientific advice, that the time has come."

"We know that when you ask people to do this sort of thing that they can tire of it, it also has negative impacts," he added.

The minister earlier used an article in the Sunday Telegraph to liken the coronavirus crisis to World War II.

He wrote that, despite the Blitz, the UK "pulled together in one gigantic national effort" and that the same must happen once more.

It came as the government's strategy was criticised by some scientists, who wrote to ministers urging them to introduce tougher measures to tackle the spread of Covid-19.

"Of course there is a scientific debate around scientific concepts but I want to be absolutely crystal clear, we will do what is necessary," Hancock said.

Shadow health secretary Jonathan Ashworth said the public did not want ambiguity from the government.

"People just want clear advice. The prime minister should be out there daily speaking to the nation and explaining why things are changing," he told Sky News' Sophy Ridge.

An emergency bill giving the government temporary powers to tackle the outbreak will be published next week.

Labour leader Jeremy Corbyn has asked for "urgent sight" of the draft laws and for a meeting with the prime minister to discuss the crisis.

His party has already called on the government to publish the scientific modelling and data that it is using to inform its approach.