Microsoft co-founder Bill Gates is stepping down from the company's board to spend more time on philanthropic activities. 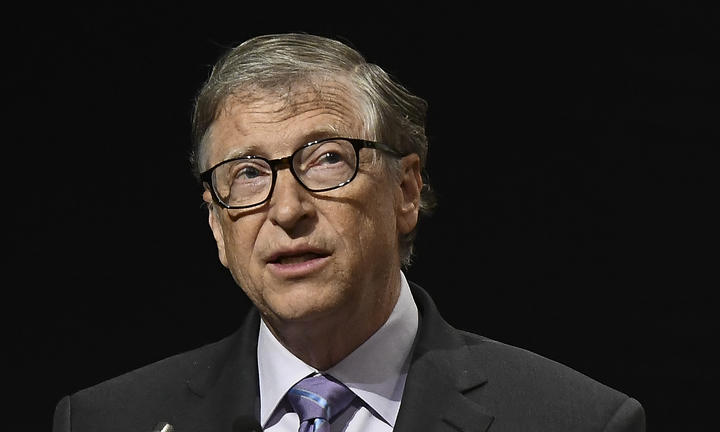 He says he wants to focus on global health and development, education and tackling climate change.

One of the world's richest men, Gates, 65, has also left the board of Warren Buffett's massive holding company, Berkshire Hathaway.

Gates stepped down from his day-to-day role running Microsoft in 2008.

Announcing his latest move, Gates said the company would "always be an important part of my life's work" and he would continue to be engaged with its leadership.

But he said: "I am looking forward to this next phase as an opportunity to maintain the friendships and partnerships that have meant the most to me, continue to contribute to two companies of which I am incredibly proud, and effectively prioritise my commitment to addressing some of the world's toughest challenges."

Gates is listed by Forbes as the world's second richest man, after Amazon founder Jeff Bezos, and is worth $US103.6bn.

He made his fortune developing software for the personal computer.

As a young man, he dropped out of college and moved to Albuquerque, in New Mexico, where he set up Microsoft with his childhood friend, Paul Allen, who died in 2018.

Their big break came in 1980, when Microsoft signed an agreement with IBM to build the operating system that became known as MS-DOS.

Microsoft went public in 1986 and within a year Gates, at 31, had become the youngest self-made billionaire.

Gates has served on Berkshire's board since 2004, but devotes much of his time to the charitable organisation he set up with his wife, the Bill & Melinda Gates Foundation.

The couple were named the most generous philanthropists in the US in 2018 by the The Chronicle of Philanthropy, after giving $4.8bn to their foundation the previous year.