Wool sales across Australia have been cancelled for the rest of the week after the IT system underpinning auctions and exports was hit by a cyber attack. 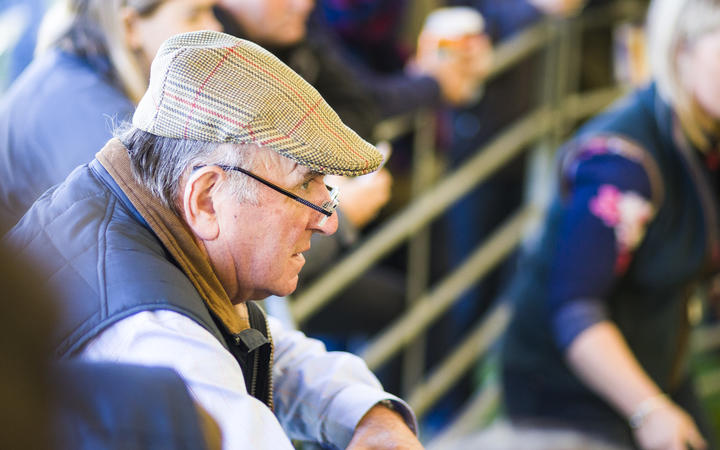 Talman Software, which is used by more than 75 percent of the wool industry across Australia and New Zealand, fell victim to ransomware, forcing the buying and trading system offline.

The company's research and development manager, Pramod Pandey, said wool brokers' data had not been compromised.

"The attacker has encrypted all the files," he said.

"We did a regular check and the databases were locked and eventually that means the software becomes inoperable."

On a weekly basis the nation's wool exports turn over between $60 million and $80 million.

A Merino wether sheep with horns in the foreground with men looking at the pen of wethers being sold.

Mark Grave, chief executive of the Australian Wool Exchange (AWEX), said he could not remember a similar incident impacting the industry.

"Not in my memory, and not in a situation such as this," he said.

"We're working closely with Talman, who are the largest system provider to the industry, to restore sales to an operating level.

"We first found out on Tuesday morning, and since then there have been regular and progressive meetings to figure out what's next."

He said cancelled sales could be reallocated where necessary next week.

"Obviously there are implications for growers, brokers and traders who want to use the data and move orders and progress shipments that are underway."

Sydney-based wool buyer Scott Carmody said if the system could be restored over the weekend, it would have minimal impact on the market.

"The main impact is cashflow, especially for woolgrowers; they will be unable to get paid for the wool they intended to sell this week," he said.

"It means next week's sale will be twice as big, and the extra wool quantities on offer may flatten out any prospect of an increase in price off the back of the low Aussie dollar.

"However, most exporters still have orders to fill and overall there is not a lot of wool in the pipeline."

Carmody said the cyber attack showed the vulnerability in the selling system.

"Whether there needs to be significant changes going forward, I think it's a must."

Pandey said Talman Software was working to restore the system from a back-up system.

"The most time-consuming job is the size of the database," he said.

Grave said a reliance on IT systems was a vulnerability all industries faced.

"I suppose the lessons are for everybody - we've got to make sure that the appropriate security measures are in place."

Pandey rejected suggestions there were flaws in the current IT system.

"No, the ABC is vulnerable in the same way and are just as exposed as Talman Software or the shop or café next door," he said.