The relentless bullying of a nine-year-old Indigenous boy has prompted some of the NRL's biggest stars to show their support, as well as a global fundraising effort. 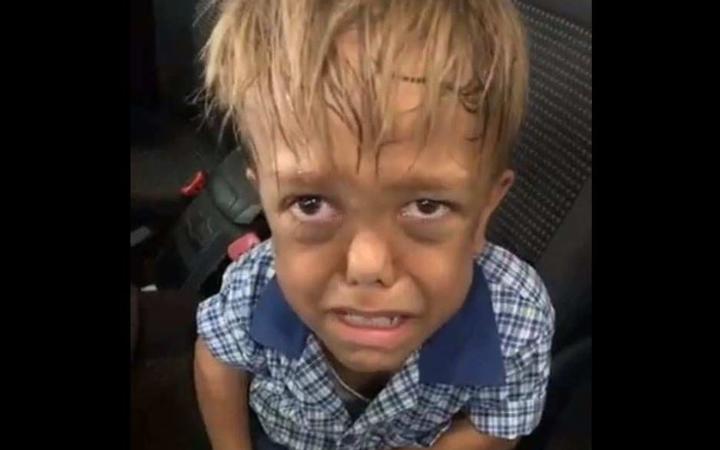 Quaden Bayles's mother Yarraka posted a video on social media of her son crying in the car after school, after he had been bullied, something which she said happened "every single freakin' day".

In the video, Quaden says he wants to take his own life, and Yarraka, speaking to NITV, said he had made previous attempts.

The NITV article identifies Quaden as a Murri boy born with Achondroplasia, which is the most common form of dwarfism. Yarraka told NITV that on the day in question she saw him being teased for his height.

"There's no escaping it, this is our reality," Yarraka is heard saying in the video.

"It needs to be addressed straight away and that's exactly what I'm doing now. Every time it happens, I'll be doing a live video so that people know. So hopefully we can make some changes so that this doesn't happen to another family and hopefully we don't lose another young innocent life to bullying."

She released a statement, saying "bullying has to stop" and thanking people from "all around the world" for their support after she posted the video, which has been viewed over 4 million times on her Facebook page.

"Due to the large volume of messages, we are unable to respond to everyone at this time as we need time to process as a family and would like to ask that media respect the family's wishes, they are not taking calls and will be speaking to First Nations Media only at this time," a statement read.

"Again, thank you everyone, Quaden's feeling the love and now he needs a good rest.

"We are meeting with the appropriate people in power to make changes and make a stand against bullying."

With the NRL All Stars game between an Indigenous and a Maori side to be played on Saturday night, the Indigenous All Stars reached out, asking the Brisbane boy to lead them onto the field on the Gold Coast.

"Hey Quadey, how you going, cuz?" he said of the boy that he described as a "little super hero" after their 2016 meeting.

"Just want to wish you all the best, brother. We know you're going through a hard time right now but the boys are here, we got your back, we're here to support you, bud. And we just want to make sure that you're doing alright.

"Your mum's on your side, we're on your side and [we want to] make sure you're thinking the right things, bud, because we want you around.

The video ends with the whole team cheering for Quaden, who, based on social media activity, is an avid fan. 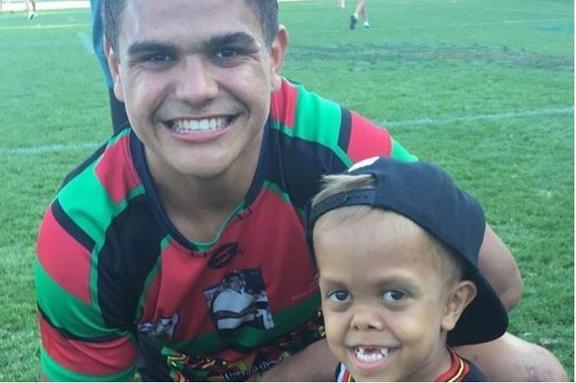 A number of people from the sports world, including Wallaby Quade Cooper and AFL great Leigh Matthews, have expressed their support on social media, while US comedian Brad Williams got in contact with the family and started a GoFundMe campaign to send Quaden to Disneyland in Anaheim, California.

Williams, who was born with the same sort of dwarfism as Quaden, posted an update when the total went past $3,000 about an hour after it was created, tweeting that the Bayles family was "in tears from your generosity".

"I just want to let you know that we love you, we support you and you can contact me if you just want to talk or if you need any help," Williams said in the video.

"We're here for you and we're going to do something for you very soon. Thanks Quaden. You're brave and you're better than all of them."

Quaden appears regularly on Yarraka's Instagram account wearing any number of sporting jerseys - including basketball and baseball - and Williams said the Los Angeles Angels, a Major League Baseball team based in Anaheim, would bring Quaden to one of their upcoming games.