China has tightened restrictions on movement in Hubei province as it continues to battle the coronavirus. 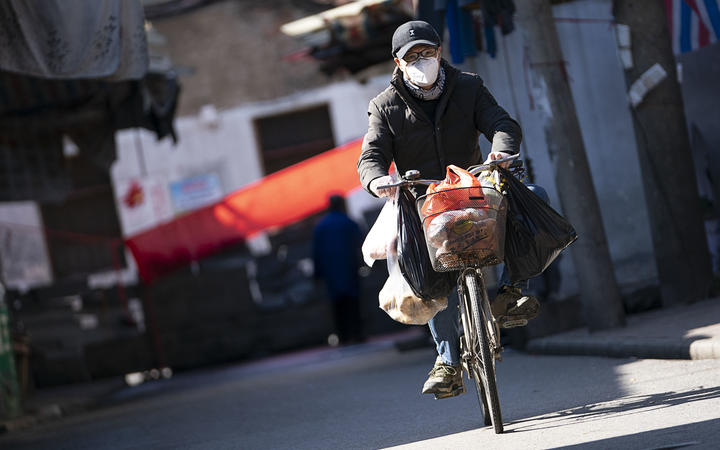 Activities in Wuhan are being further restricted as 60m people have been told to stay at home unless there is an emergency and the use of private cars is banned. Photo: AFP / Xinhua News Agency

Sixty-million people have been told to stay at home unless there is an emergency, and the use of private cars has been banned indefinitely.

Hubei and the city of Wuhan have been hit hardest by the outbreak, which has now claimed 1665 lives in China.

But China has announced a drop in new cases for a third consecutive day and says it is controlling the spread.

The virus is a new strain of coronavirus and causes an acute respiratory disease which has been named Covid-19.

In another development, some 400 Americans are being taken off a cruise ship, the Diamond Princess, which is quarantined in a Japanese port.

Of that group, 40 are infected with the coronavirus, the US National Institute of Allergy and Infectious Diseases says.

What are the new Hubei measures?

On housing estates, one entrance will be kept open. It will be guarded to ensure that only residents can enter or leave.

All other businesses will stay closed, except chemists, hotels, food shops and medical services.

Vehicles used for the delivery of essential goods are exempt from the car ban.

Meanwhile, authorities in the capital, Beijing, have ordered everyone returning to the city to go into quarantine for 14 days or risk punishment.

China's central bank will also disinfect and store used banknotes before recirculating them in a bid to stop the virus spreading.

What is the latest on cases?

New cases spiked earlier in the week after a change in the way they were counted but have been falling ever since. In total, more than 68,500 people have so far been infected in China. 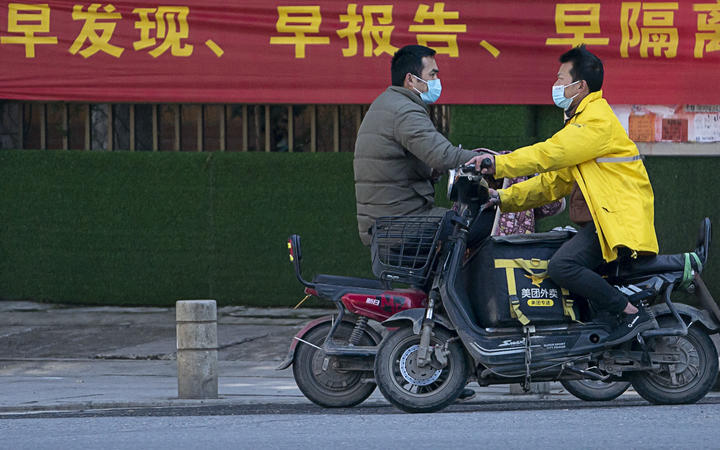 "The effects of epidemic prevention and control in various parts of the country can already be seen."

However Foreign Minister Wang Yi said that along with a drop in infections within Hubei there had been a rapid increase in the number of people who had recovered.

The proportion of infected patients considered to be in a "serious condition" has dropped nationwide from more than 15% to just over 7%, according to China's State Council.

Taiwan has now reported a death from the illness - a taxi driver, 61, who had not travelled abroad recently but had diabetes and hepatitis B, Health Minister Chen Shih-chung said.

The minister said many of his passengers had come from China.

Outside China, there have been more than 500 cases in nearly 30 countries. Four others have died outside China - in France, Hong Kong, the Philippines and Japan.

Where else has been affected by coronavirus?

The Diamond Princess contains the largest cluster of coronavirus cases outside China.

The Americans are being taken off the vessel and most are expected to be flown to the US on two government-chartered planes.

But the 40 who are infected will be taken to Japanese hospitals, Anthony Fauci, director of the National Institute of Allergy and Infectious Diseases told Face the Nation on CBS.

The Diamond Princess has been quarantined in Japan's port of Yokohama since 3 February after a man left the ship in Hong Kong and was found to have the virus. 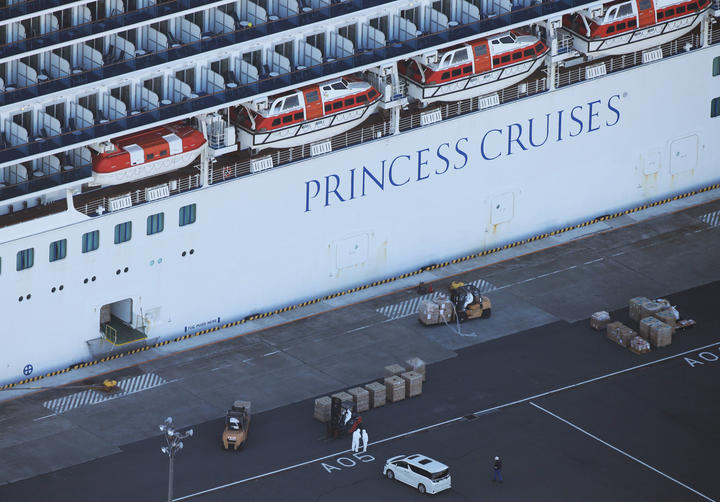 The Japanese authorities say the number of new cases of coronavirus on board the ship has risen by 70 to 355.

Other evacuation flights will repatriate residents of Israel, Hong Kong and Canada.

Meanwhile, a plane carrying 175 evacuated Nepalis, mostly students, has arrived in Kathmandu from Wuhan. It is the latest country to fly its citizens out of Hubei province.

Meanwhile, Chinese state media published a speech from earlier this month in which Chinese President Xi Jinping said he said he had given instructions on 7 January on containing the outbreak.

At the time, local officials in the city of Wuhan were downplaying the severity of the epidemic.

This would suggest senior leaders were aware of the potential dangers of the virus before the information was made public.

With the government facing criticism for its handling of the outbreak, analysts suggest the disclosure is an attempt to show the party leadership acted decisively from the start.