New South Wales emergency officials are urging Sydney residents to stay home from work, and dozens of schools have closed, after three days of torrential rain and flooding. 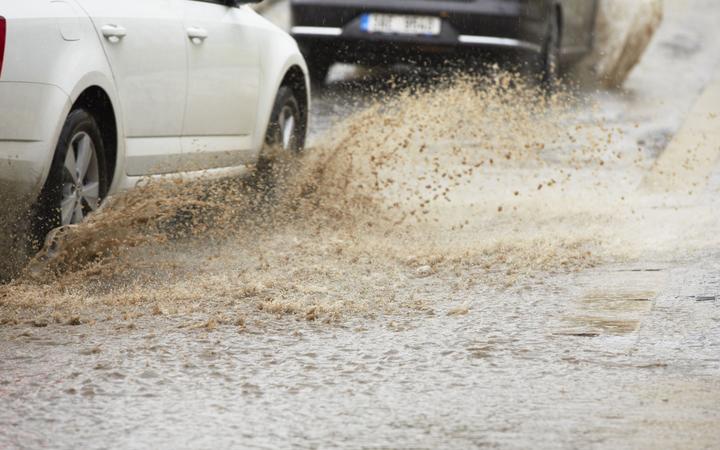 The State Emergency Service (SES) said there was major flooding up and down the coast and the main route from Sydney to Wollongong was closed in both directions.

The SES has had 6800 calls for help since the trough set in on Friday, with numerous flood rescues early Monday morning.

Sydney was set to get rainfall at levels not seen in two decades.

Evacuation orders were issued for parts of the Canterbury-Bankstown region of Sydney.

Pretty wet in the CBD too.

Matt Kirby from the SES said working from home was strongly advised today as many more calls for assistance were anticipated this morning.

"We are trying to ask people to reconsider their travel, a number of roads are closed," Mr Kirby said.

"And we are still seeing people driving into flood water."

"We have 400 SES volunteers trying to complete the backlog this morning and unfortunately this has included 150 flood rescues," he said.

"The message to the motorists of Sydney and indeed the wider metropolitan area is if you can avoid being on the roads do so."

Ok. May not get our deposit back on that sign.

We are loving the rain - but please stay safe during this wild weather. #nswrfs https://t.co/y3BW6G0ryh